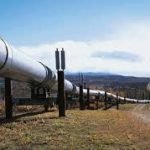 Nur-Sultan — More than a month into the biggest crisis to hit Russia’s Druzhba (“Friendship”) pipeline, operator Transneft and the government are at odds over who should pay to clean up the contamination that halted flows.

Buyers are keen to know who will resolve the impasse, which has seen five million tonnes of oil contaminated with high levels of organic chloride disrupt deliveries to Belarus, Germany, Poland, Ukraine and a number of central European countries.

First Deputy Prime Minister Anton Siluanov said on Wednesday state-run Transneft should not expect Moscow to pick up the tab, while the pipeline operator maintains it was not at fault.

“In my opinion it would be wrong, it would be compensation from the (state) budget for the company which did not meet its contract obligations…” Siluanov said sidelines of a conference in Kazakhstan.

Transneft, headed by Nikolai Tokarev, a long-time ally of Russian President Vladimir Putin, has said the blame for the contamination rests with producers. Several people have been arrested in relation to the incident.

The company said Siluanov had made a “simplified assessment” of what had happened, Russia’s RIA news agency reported, while a spokesman for Siluanov expressed surprise at the company’s “emotional” reaction.

The biggest crisis to hit the Druzhba, which was built in 1960s, has sent customers scrambling for alternative supplies and led to refinery outages.

Total CEO Patrick Pouyanne told shareholders on Wednesday the company will seek compensation for losses after the contamination forced the French energy firm to halve output at its Leuna refinery in Germany.

He said while the costs of the contamination and eventual decontamination were still to be clarified, around $15 per barrel of compensation “is being mentioned”.

“We are shipping clean oil,” he said, declining to elaborate. Oil from Ukraine travels west to Hungary and Slovakia.

In Belarus, the plan is to clean the pipeline by pumping the contaminated oil back to Russia under a deal reached last Friday.

As of Wednesday Belarus had returned 163,000 tonnes of contaminated oil via the Druzhba pipeline, Transneft said.

Belarus President Alexander Lukashenko has said the cost of damage from the contaminated oil was “enormous” and that Belarus expected compensation. He said the cost could run into the hundreds of millions of dollars and that he hoped Russia would not dispute the costs.

Russian officials and its European oil buyers have met twice this month aiming to resolve the issue. The next round of talks is set for Moscow on June 3.

The CEO of Polish refiner PKN Orlen said on Wednesday he believed talks about restoring flows to Poland would achieve a breakthrough.

Last week Russian Deputy Prime Minister Dmitry Kozak said the pipeline would be cleaned up to the border with Poland by June 10.

Excessive levels of organic chloride, which is used in oil extraction, were found last month in crude pumped to Russia’s Baltic port of Ust-Luga and through the Druzhba pipeline.

Russia’s energy ministry said on Wednesday that organic chloride content in crude at Ust-Luga had fallen to 4 parts per million (ppm), below 10 ppm – the maximum allowed level by the Russian state standards.

Some traders, however, said the contamination level was still too high.