Trump to announce pro-ethanol measure on Tuesday ahead of Iowa trip: sources 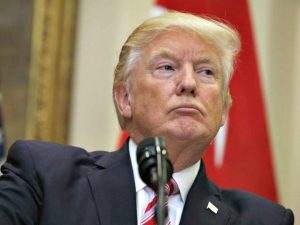 08 October 2018, News Wires — U.S. President Donald Trump is expected to announce the lifting of a federal ban on summer sales of higher-ethanol blends of gasoline on Tuesday in Washington DC ahead of a trip to Iowa the same day, according to two sources familiar with the planning of the event.

The move, expected sometime around 3 p.m. on Tuesday, is aimed at helping Republicans in competitive elections in the nation’s farm belt. Iowa is the largest U.S. producer of ethanol.

The lifting of the summer ban on so-called E15 gasoline is expected to be coupled with restrictions on trading biofuel credits that underpin the program, the sources said, but it’s unclear whether the restrictions will be detailed or left up to the U.S. Environmental Protection Agency to decide.

The American Petroleum Institute, the largest U.S. oil group, opposes lifting the ban, which will eat into the industry’s market share of gasoline sales. The move also faces bipartisan opposition in congress.

The U.S. Renewable Fuel Standard requires refiners to blend increasing amounts of biofuels like ethanol into the fuel pool each year, or buy credits from competitors who do. Refining companies that must buy the credits have complained about volatile prices in recent years.

The summer ban was put in place as an anti-smog measure, though studies have since shown its environmental benefits are limited. Trump will direct EPA to write a rule lifting the ban, and it would have to be fast-tracked to have it finalized before the next summer driving season.