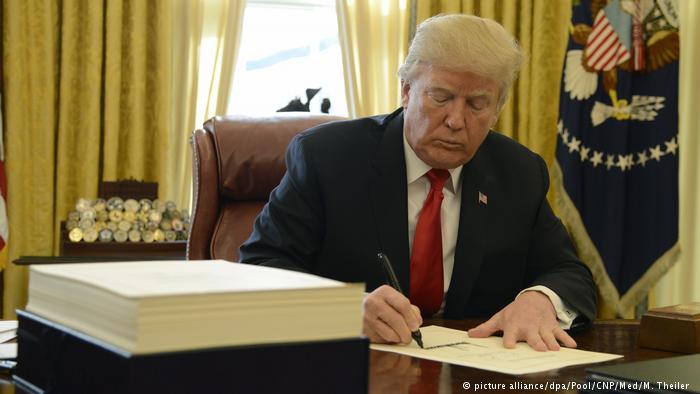 WASHINGTON — President Donald Trump said he wants to add as much as 75 million barrels of oil to the nation’s Strategic Petroleum Reserve, taking advantage of record low prices for crude, and that he’ll consider blocking imports of crude from Saudi Arabia.

Oil is at “a level that’s very interesting to a lot of people right now,” Trump said Monday at a White House news conference. “That would be the first time in a long time it’s been topped out — we’ll get it for the right price.”

Trump has sought to help U.S. oil companies from record low prices. But with demand hurt by the global coronavirus shutdown, crude has continued to plunge. On Monday, the price of the futures contract for West Texas crude that is due to expire Tuesday fell into negative territory.

Later in the news conference, Trump said he’ll look at a proposal from Senator Kevin Cramer of North Dakota to block Saudi Arabian oil shipments to the U.S.

“We certainly have plenty of oil,” the president said.

He described Monday’s extraordinary price drop as a financial phenomenon.

“Much of it has to do with short-sellers,” he said. “It’s more of a financial thing than an oil situation. It’s largely a financial squeeze. And they did get squeezed.”

But he acknowledged that global demand for oil has plummeted. “The problem is nobody’s driving a car, anywhere in the world, essentially,” he said.

Congress declined to provide money in a $2.2 trillion stimulus bill last month to add to the SPR, after Trump promised to fill it with cheap oil.

“If we could buy it for nothing, we’re going to take everything we can get,” Trump said, though he pointed out that contracts for oil delivery later in the year are still trading for prices above zero. “This is a great time to buy oil and we’d like to have Congress approve it.”

He said that “at a minimum, we’ll let people store” oil in the SPR.

“We’ll use it as storage, and charge for it,” he said. “People need storage desperately, and we have massive storage.”