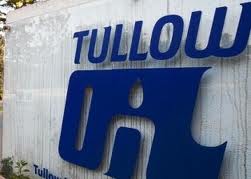 McTiernan served as a director at the company for more than a decade, and was appointed Senior Independent Director in 2008. David Bamford, who joined Tullow’s board in 2004, will take over from him as SID on Jan. 1, 2013.

Tullow Chairman Simon Thompson said in a company statement: “I would like to thank Steven for his considerable contribution to Tullow since 2002.

“He has played an integral role in guiding the company through a period of dramatic and sustained growth and his work on the audit, nominations and remuneration committees has been invaluable.

“Since I became Chairman of Tullow at the start of 2012, I have benefited greatly from Steven’s steadfast and much-appreciated support as Tullow’s Senior Independent Non-executive Director.”