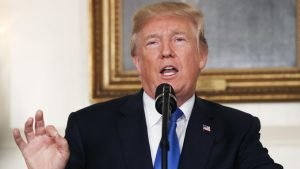 Ankara — Turkey slammed the U.S. decision to end waivers on Iranian oil sanctions, saying it would not serve regional peace and stability, its foreign minister tweeted on Monday.

“We do not accept unilateral sanctions and impositions on how we build our relationship with our neighbours,” Foreign Minister Mevlut Cavusoglu said on Twitter.

U.S. President Donald Trump has decided not to reissue waivers in May allowing importers to buy Iranian oil without facing U.S. sanctions, the White House said.