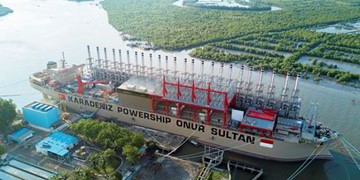 Lagos — South Africa faces an uphill battle to keep the lights on, with energy supplier Eskom’s past mismanagement, misspent funds and ageing infrastructure the reasons for the country’s growing electricity woes. The embattled power utility has been at the centre of the country’s economic woes for a number of years, where it has been struggling to keep the lights on for both businesses and households.

South Africa granted the Turkish-based Karadeniz group, Kapowership, three gas-to-electricity generation licences through the National Energy Regulator of SA (NERSA), clearing one of the last regulatory hurdles in its quest to anchor several “emergency” powerships in South African ports for the next 20 years, writes Tony Carnie for Daily Maverick.

Energy Minister Gwede Mantashe had previously emphasised that he would tolerate no delay from all the companies lined up as preferred power-generation bidders, including the Turkish group. “The preferred bidders are required to reach financial close by no later than the end of July 2021. Due to the urgency to bring power online, this date is not negotiable. It is for the preferred bidders to manage all the risks to reach financial close,” he said in a media statement on March 18, 2021.

But that deadline became somewhat elastic when Karpowership failed to win mandatory environmental approval from senior officials of the Department of Forestry, Fisheries and the Environment. When they rejected the Karpowership environmental impact assessment, Mantashe’s officials inexplicably extended their own financial closure deadline to September 30, 2021, apparently on the basis that the energy department itself (not Karpowership) had been somewhat slow to act.