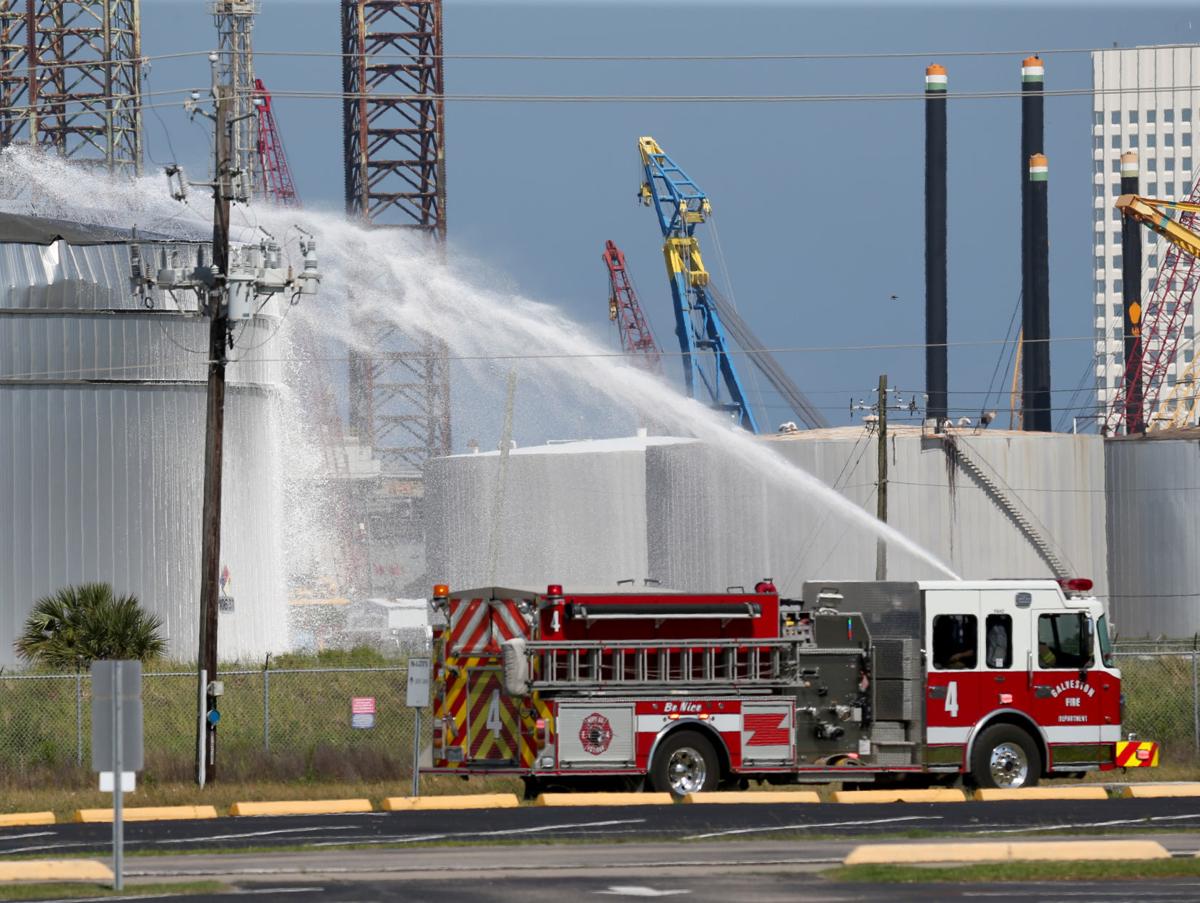 Galveston, TX — Fire crews worked to clear a fire at an oil storage container in the Galveston, Texas area after an explosion Tuesday.

Local media reports the Galveston Fire Department was called to the Pelican Island Storage Terminal where two people were injured in a crude oil tank explosion.

Officials said it appeared welding was being done near or at the tank that holds 2 million gallons of heavy crude oil products.
The two people who were injured were transported to the University of Texas Medical Branch for treatment, according to city spokeswoman, Marissa Barnett.

A university located near the facility issued a shelter-in-place for anyone that was on campus.
It is not immediately known what caused the explosion.