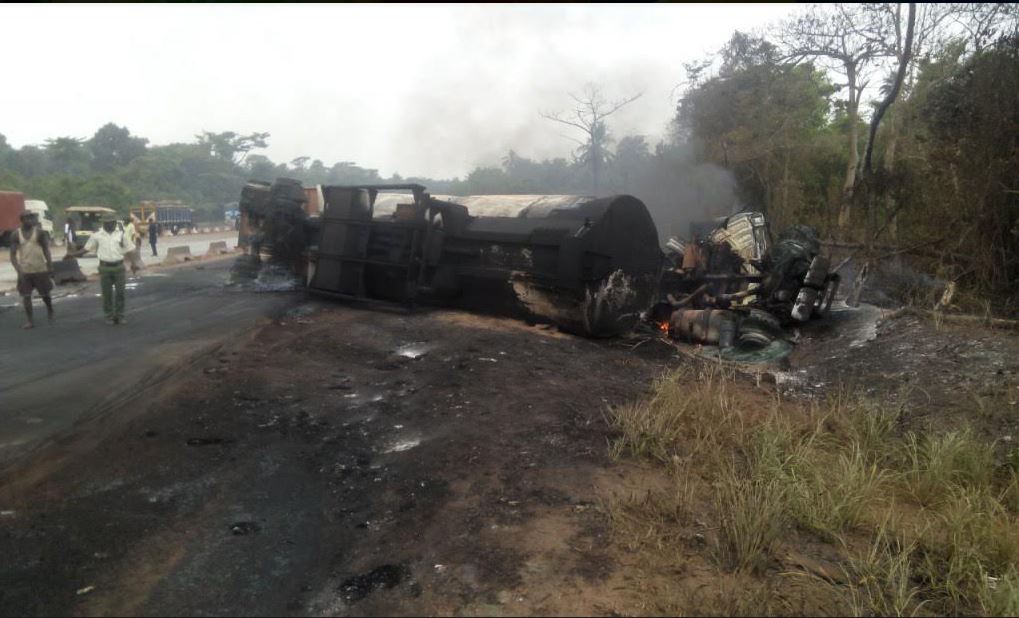 *Scene of tanker collision and explosion in Zing, Taraba State.

03 May 2018, Sweetcrude, Lagos — An explosion caused by the collision of two tankers have resulted in the death of at least eight people, in Zing, Taraba State.

According to eyewitnesses’ account who spoke with Premium Times, the sad collision occurred after a tanker driver, who was running from soldiers chasing him, lost control of the wheel.

In a bid to snap back into balance, the tanker tumbled on the tarred road, hitting another oncoming tanker, resulting in a huge explosion.

Relating his experience, one of the residents of the area, Baba Musa described the incident as a “horrific” one.

“The fire soon spread and caught vehicles parked by the roadside, triggering a stampede and commotion as many scurried to flee the raging fire,” he said.

Another resident, David Yohana said that “over ten people were killed instantly and many injured.

“Right now, there is still smoke bellowing. No fire workers to help.

“We have to use our buckets and water to quench the fire but to no avail.”

“Though we are yet to get the exact figures, for now, eight persons died in the fire, many others were injured and rushed to hospitals.

“You know today is a market day, so many were affected including vehicles and shops”, he said.