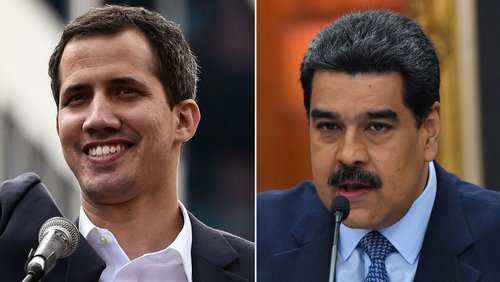 “OFAC is extending the expiration date of provisions relating to the wind down of certain financial contracts or other agreements involving, or linked to” certain listed bonds “or to certain Petroleos de Venezuela, S.A. securities,” the department said in a notice on its website.

Washington this week revoked the visas of senior Venezuelan officials and said on Wednesday it had identified efforts by Maduro to work with foreign banks to move and hide money.

U.S. President Donald Trump’s special representative for Venezuela pledged on Thursday that Washington would “expand the net” of sanctions on the South American nation, including more on banks supporting President Nicolas Maduro’s government.

The United States and more than 50 other countries have recognized opposition leader Juan Guaido as Venezuela’s interim president and increased pressure on Maduro, a socialist, to step down.

On Friday, Venezuela shut schools and suspended the workday as the worst blackout in decades paralyzed most of the troubled nation for a second day.