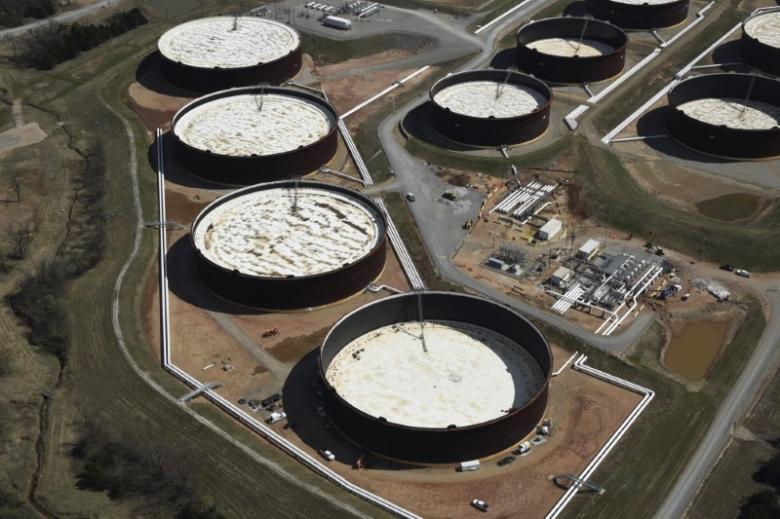 *Crude oil storage tanks are seen from above at the Cushing oil hub in Cushing, Oklahoma.

“Any bullish sentiment from the crude draw has been vanquished by emphatic builds to the products – particularly with gasoline, lifting inventories some 6 percent above the five-year average,” said Matthew Smith, director of commodity research at ClipperData in Louisville, Kentucky.

Distillate stockpiles, which include diesel and heating oil, rose by 3.0 million barrels, versus expectations for a 1.6 million-barrel increase, the EIA data showed.