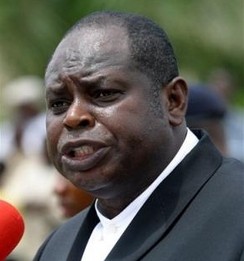 16 March 2013, ABUJA, Nigeria — Convictions for corruption by top officials in Nigeria are so rare that they are treated as national milestones. So when the government rolled back one of the most prominent of them this week, the shock was commensurate.

On Friday, the United States fueled a growing fracas over the pardoning of Diepreye Alamieyeseigha, the former governor of one of the country’s oil-laden southern states, who was convicted in 2007 after jumping bail in London and sneaking back to Nigeria dressed as a woman. His antics were so extreme that even in a place of many obviously ill-gotten gains, he managed to raise eyebrows.

The United States Embassy here said in a Twitter post that it was “deeply disappointed” over the “recent pardons of corrupt officials,” a declaration picked up quickly and gleefully by Nigerian news media on Friday. “We see this as a setback in the fight against corruption,” the embassy said on Twitter.

Civil society groups in Nigeria have erupted in outrage at the pardon of Mr. Alamieyeseigha under President Goodluck Jonathan, who once served as his deputy in Bayelsa State. The man who prosecuted the former governor called it a “terrible development” and an ominous portent for any hope of good government in Nigeria.

“It’s very, very significant, in a negative way,” said Nuhu Ribadu, the former chairman of the Economic and Financial Crimes Commission, himself deposed in 2008 and subjected to death threats after going after another powerful governor.

Mr. Ribadu once estimated that between independence and the end of military rule in 1999, Nigeria had lost more than $380 billion to corruption and mismanagement. In recent years, tens of billions of dollars have been siphoned from a federal oil revenues account, with virtually no accounting for it.

“Corruption is our main problem in Nigeria,” Mr. Ribadu said in a phone interview here in Abuja, the Nigerian capital, on Friday. “We don’t need this kind of negative signal. This is a tragedy.”

Cash in the form of sweet crude oil shoots out of the ground in Bayelsa, and Mr. Alamieyeseigha liberally helped himself to it. According to the country’s few anticorruption campaigners, he embezzled about $55 million in public funds and acquired real estate all over the world. His luck ran out when the London police found more than $1 million in cash at his home there. Dressed in drag, he escaped back to Bayelsa to the surprise of his fellow citizens.

But then, almost as surprisingly, he was pursued by the Nigerian authorities, specifically Mr. Ribadu’s commission. His state legislature impeached him, and in 2007 Mr. Alamieyeseigha pleaded guilty to failing to declare his assets, and front companies he controlled were convicted of money laundering. He was sentenced to two years in prison but released the next day for time served. Still, he was the first governor ever to have been convicted.

But his political rehabilitation, at least in ruling party circles, was swift. A mere 10 months after his conviction, senior officials in the governing People’s Democratic Party campaigned alongside him at a rally in Bayelsa, including Mr. Jonathan, who was then the vice president. Both Mr. Jonathan and Mr. Alamieyeseigha are members of the Ijaw ethnic group.

On Tuesday, the senior officials, including retired chief justices, that make up Nigeria’s Council of State approved the pardon for Mr. Alamieyeseigha. Mr. Jonathan’s administration has been defending it since then; a spokesman for the president, Doyin Okupe, was quoted in the Nigerian news media as telling incredulous reporters on Thursday that Mr. Alamieyeseigha had “impacted positively on the overall economy of the nation.”

Mr. Ribadu responded angrily: “That’s laughable. How can you say that about someone who stole public money? It’s totally wrong; it can’t be right. It’s totally the opposite.”

For Mr. Okupe, “there are things that have to be done, that are done in the interest of the nation,” as he said on a television news show full of angry commentary, broadcast Friday night.

Mr. Ribadu retorted: “This is going to do a great deal of damage.”
*Adam Nossitter, New York Times