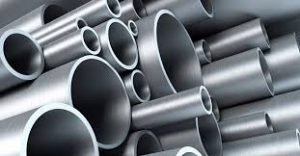 The reason: multiple U.S. steelmakers objected to Borusan’s application, arguing they could supply the product, according to the department. Chevron drew no such objections.

When U.S. President Donald Trump slapped a 25 percent tariff on imported steel this spring, his administration allowed companies to apply for exemptions if needed metals were not available in sufficient quality, quantity or in a reasonable time.

But the process for seeking relief is proving slow and controversial as a deluge of applications has buried the small staff initially assigned to the task, prompting the department to hire dozens of extra contract workers. The limited number of decisions made so far are drawing protests from rejected applicants and sparking disputes between U.S. steel mills and importers of products from their foreign competitors.

Commerce has received more than 37,000 exemption requests, far more than it planned to handle. Although 130 employees and contractors are now evaluating the applications, the agency had only ruled on 2,871 of those requests as of August 20.

The department has so far approved 1,780 of the applications and denied 1,091. Separately, the department turned back more than 6,000 requests for what it called “filing errors” by applicants, who can fix and resubmit their requests.

Rejected applicants have criticized the department for taking sometimes misleading objections by domestic suppliers at face value and for not allowing importers a chance to rebut their arguments.

“The Commerce Department is now hard-pressed to spend more than a few minutes reviewing each application,” said Bernd Janzen, a partner in Akin Gump Strauss Hauer & Feld LLP, which is working with companies pursuing tariff exclusions.

Commerce acknowledged its staffing issues and said it has requested permission from Congress to reallocate $5 million of its own funds to accelerate the review process. Congress has so far only approved a reallocation of $2 million, the agency said.

“We will continue to run behind unless we are allowed to divert more Commerce resources to the process,” the department said in a statement to Reuters.