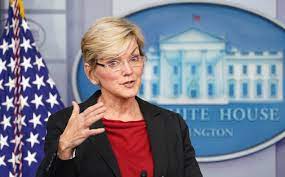 “Colonial Pipeline reports this morning that the restart of the pipeline went well overnight. This should mean things will return to normal by the end of the weekend. Will keep you posted,” Granholm said in a post on Twitter.

In separate television interviews, Granholm told MSNBC and CNN the current fuel shortages are temporary and that most areas should be back to normal in a couple of days.

The shutdown of the major fuel artery last weekend following a ransomware attack triggered shortages and sent people in some states along the southeastern United States scrambling to fill their cars, creating long lines and higher prices.