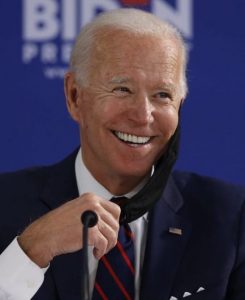 Washington — A U.S. House panel on Tuesday passed a bill to open the OPEC oil production group and countries that work with it to lawsuits for collusion in boosting petroleum prices, but it was uncertain whether the full chamber would consider the legislation.

The so-called NOPEC bill, introduced by Representative Steve Chabot, a Republican, passed on a voice vote in the House Judiciary Committee. It would allow the U.S. Justice Department to bring anti-trust lawsuits against oil-producing countries in the Organization of the Petroleum Exporting Countries.

Similar bills to pressure OPEC when oil prices are on the rise have appeared in Congress without success for more than 20 years.

“It’s high time that we do more to fight … production controls that continue to keep the price of crude oil and gasoline arbitrarily high in the United States,” Chabot told the committee before the vote.

Oil prices have risen about 33% this year and on Tuesday hit the highest level in a month, above $68 a barrel for Brent international crude. But that was well below the level of more than $100 a barrel in 2008 when a similar bill passed in the full House.

It was also despite a deal OPEC, Russia and their allies struck this month to gradually ease oil output cuts from May, as economies recover from the global pandemic. The group had implemented deep production cuts after the pandemic led to an oil price collapse last year.

A similar bill to pressure OPEC was reintroduced in the Senate last month, by Republican Senator Chuck Grassley, a supporter of ethanol, a motor fuel additive made from corn, and Democrat Amy Klobuchar. The bill would have to pass both chambers in Congress and be signed by President Joe Biden to become law.