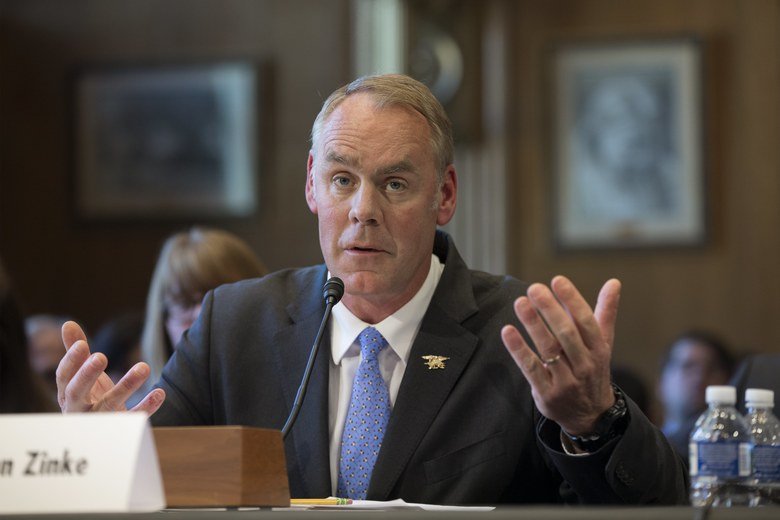 Under a directive from President Donald Trump, Zinke will work with Defense Secretary Jim Mattis to publish in 60 days a list of non-fuel minerals that are vulnerable to supply chain disruptions and necessary for manufacturing and will develop a strategy to lessen U.S. dependence on foreign suppliers.

“The United States must not remain reliant on foreign competitors like Russia and China for the critical minerals needed to keep our economy strong and our country safe,” Trump said.

The order comes after the Interior Department and the U.S. Geological Survey published a report earlier this week that detailed U.S. dependence on foreign competitors for its supply of certain minerals.

The report identified 23 out of 88 minerals that are priorities for U.S. national defense and the economy because they are components in products ranging from batteries to military equipment.

That report did not offer policy recommendations, but Zinke said he would rely on the findings as he prioritizes research into certain mineral deposit areas on federal land and plans policies to promote mining.

Twenty of the 23 critical minerals that the United States relies on are sourced from China.

Much of the world’s lithium is produced in Australia and Chile, with the bulk of the world’s reserves straddling huge salt flats in the so-called lithium triangle of Chile, Bolivia, and Argentina.

Lithium exports from Chile, for example, approached $600 million in 2016, or roughly 40 percent of the global market by volume, according to Chile development agency Corfo. Lithium producers SQM, Albemarle and FMC Lithium are among the region’s top producers.