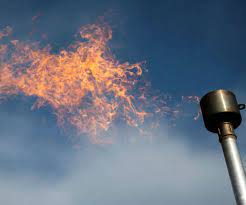 London — U.S. natural gas futures gained 3% on Friday from a three-month low the previous session on forecasts for cooler weather than expected and higher heating demand in the next two weeks, rising liquefied natural gas (LNG) exports and a small fall in output.

But traders said the weather was still expected to remain milder than normal through at least the middle of December, keeping overall heating demand low for this time of year.

For the week, the front-month was still down about 23% after dropping over the past four days, putting the contract on track for its biggest weekly decline since February 2014. Last week, it gained almost 8%.

In recent months, global gas prices hit record highs as utilities around the world scrambled for LNG cargoes to replenish low stockpiles in Europe and meet surging demand in Asia, where energy shortfalls have caused power blackouts in China.

Following those global gas prices, U.S. futures jumped to a 12-year high in early October but have since pulled back because the United States has plenty of gas in storage and ample production for winter. Overseas prices were trading about seven times higher than U.S. futures.

Analysts have said European inventories were about 17% below normal for this time of year, compared with just 2% below normal in the United States.

Data provider Refinitiv said output in the U.S. Lower 48 states averaged 95.9 billion cubic feet per day (bcfd) so far in December, down from a monthly record of 96.5 bcfd in November.

Refinitiv projected average U.S. gas demand, including exports, would rise from 112.1 bcfd this week to 113.1 bcfd next week and 117.2 bcfd in two weeks as the weather turns seasonally colder and homes and businesses crank up their heaters. Those forecasts were higher than Refinitiv’s outlook on Thursday.

The amount of gas flowing to U.S. LNG export plants averaged 11.47 bcfd so far in December as the sixth train at Cheniere Energy Inc’s (LNG.A) Sabine Pass plant in Louisiana started producing LNG. That compares 11.39 bcfd in November and a monthly record of 11.48 bcfd in April.

With gas prices around $30 per mmBtu in Europe and $35 in Asia, compared with about $4 in the United States, traders said buyers around the world would keep purchasing all the LNG the United States can produce.

But no matter how high global gas prices rise, the United States only has the capacity to turn about 11.1 bcfd of gas into LNG. The rest of the gas flowing to the export plants is used to fuel equipment that produces the LNG.

Global markets will have to wait until later this year to get more when Venture Global LNG’s Calcasieu Pass in Louisiana starts producing LNG in test mode. Some traders said Calcasieu was very close to producing first LNG after pulling in around 0.05 bcfd of feed gas on Thursday.