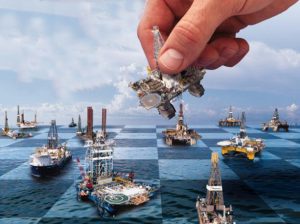 News wire —U.S. energy firms this week cut the number of oil and natural gas rigs for a third week in a row even as they slowly increase production to pre-pandemic levels with shale oil output expected to hit its highest since March 2020.

The U.S. oil and gas rig count, an early indicator of future output, fell by one to 762 in the week to Aug. 19, energy services firm Baker Hughes Co said in its closely followed report on Friday.

That was the first time drillers cut the rig count for three consecutive weeks since July 2020.

The total rig count has climbed for a record 24 months through July, but weekly increases have mostly been in the single digits and oil production remains below pre-pandemic record levels as many companies focus more on returning money to investors and paying down debt rather than boosting output.

Total output in the major U.S. shale oil basins will rise 141,000 barrels per day (bpd) to 9.05 million bpd in September, the highest since March 2020, with production from the biggest U.S. oilfield in the Permian in Texas and New Mexico seen climbing 79,000 bpd to a record 5.408 million bpd, the Energy Information Administration (EIA) said this week.

With oil prices up about 21% so far this year after soaring 55% in 2021 – and pressure from the government to produce more – a growing number of energy firms said they plan to boost spending for a second year in a row in 2022 after cutting drilling and completion expenditures in 2019 and 2020.

Analysts have said that some recent capital expenditure increases were not tied to increasing production but were related to higher prices for pipes and other equipment due to soaring inflation and supply disruption.