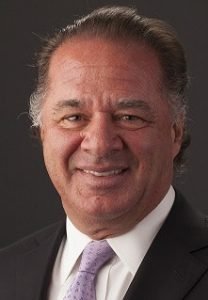 16 May 2018, News Wires – The United States liquefied natural gas market players will have to find a new model enabling them to finance the transition into a true commodity market, as long-term contracts won’t be needed in the future.

Speaking to the delegates attending the Flame conference in Amsterdam on Tuesday, LNG guru and Tellurian co-founder Charif Souki said the United States is facing an issue with the growing production capacity as additional 20 billion cubic feet per day (Bcf/d) hit the market.

He said that it is no longer a question of growing the production but actually building a market capable of absorbing the volumes.

He said that a $70 to $100 billion investment in pipeline infrastructure is needed in order to bring the gas from the basins such as Marcellus and Utica to the Gulf Coast and the LNG export projects.

An additional $100 billion worth of liquefaction projects will have to be built to handle the growing production capacity, and Souki expresses his skepticism that the current business model is capable of supporting the project development.

At current costs, U.S. LNG exporters are looking at $10-$15 billion investment, and it is unlikely that the traditional models can secure these funds, Souki said.

LNG players will have to come up with a new business model as the market has become sufficiently liquid that buyers do not need to enter into long-term contracts, that would underpin the investment.

Previously, buyers would commit to buying 4 million tons of LNG per year, providing $600-$700 million a year for 20 years, creating a strong balance sheet for the project.

With the market moving towards a true commodity market now, there is no need or incentive for long-term contracts, unless you are a large buyer or are facing logistical issues.

Souki noted that with production volumes increasing, buyers will have a choice of 20 LNG cargoes on the water available for purchase on a daily basis. This means a buyer willing to pay the right price is never far away from a cargo.

This market is also supported by seasonal buyers deploying floating LNG import terminals and don’t want to deal with baseload capacity during the offseason.

As the market edges towards 50 Bcf/d, the necessity for long-term contracts will not remain for much longer, Souki said.

The United States market players need to prepare for a new business model, that will be capable of satisfying the incoming demand and the gap in the LNG market that is coming on a long-term basis.