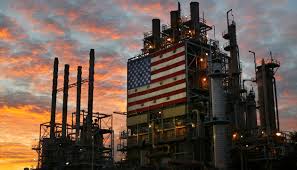 24 May 2016, New York — U.S. refiners are enjoying their strongest diesel margins in months as surprisingly robust overseas demand, combined with lower domestic production has triggered an unusually large draw-down in inventories for this time of year.

The surge in appetite for U.S. diesel comes on the heels of a mild winter that sapped demand for heating oil and punished margins as products went straight into bulging storage tanks. U.S. independent refiner profits dropped 74 percent in the first quarter compared with last year.

The strong demand for diesel comes at an odd time for U.S. refiners, who have shifted their production focus on gasoline ahead of the busy summer driving season that kicks off with the upcoming Memorial Day holiday weekend.

Notably, the U.S. diesel crack spread 1HOc1-CLc1, a measure of how much refiners profit from converting crude oil into diesel, has risen by roughly 40 percent since early this month, touching $14.90 a barrel on Monday, the highest level since February when strong demand for heating oil boosts profits.

Last week, U.S. distillate inventories dropped by an estimated 3.2 million barrels, the fifth consecutive week of declining inventories and the second largest weekly draw for the month of May since the U.S. Energy Information Administration began collecting the data in 1982.

Philadelphia Energy Solutions, the largest East Coast refinery has recently booked at least six cargoes of diesel totaling 1.8 million barrels for exports in June, with vessels bound for Europe and South America, according to a source familiar with the plant’s operations.

The refiner booked 9 cargoes for export in May and April, totaling 2.7 million barrels, which represent about a fifth of the diesel volumes the region exported all of last year.

“Demand from India is very strong,” the source said, noting that India is pulling barrels away from Latin America and Europe. “I am not sure this refinery has ever seen a run of diesel exports like this.”

Inventories USOILD=ECI, which included heating oil and diesel fuel, are expected to fall by another million barrels when new EIA figures are released Wednesday, a Reuters poll of six analysts released Monday shows.

Diesel prices react more globally when there is a disruption in one region, such as elevated demand in India or in Europe, where refining strikes have cut local production.

He said the combination of decreased supply and the uptick in demand has the market pulling barrels out of storage to meet the gap, supporting cracks.

“The most important factor to watch will be crude runs,” Broadbent said. “Refiners will likely increase runs over the summer and push (production) to record rates once again, which should close the gap between supply and demand and put a stop to the storage draw.”
*Jarrett Renshaw; Jessica Resnick-Ault; Editing – Alan Crosby – Reuters