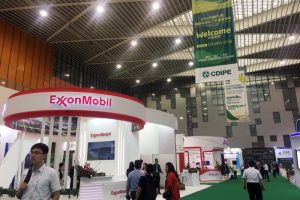 04 August 2018, Houston, Texas — The U.S. Securities and Exchange Commission has recommended no action against Exxon Mobil Corp over its oil-reserves accounting, ending a two-year probe with a victory for the company.

The SEC in 2016 launched its review of Exxon’s reserves valuation in the wake of low prices and concerns over potential curbs on carbon emissions left its valuations too high.