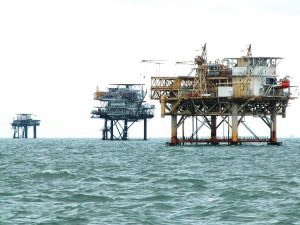 21 October 2018, News Wires —  U.S. drillers added oil rigs for a second week in a row this week, raising the rig count to the highest level since March 2015.

The U.S. rig count, an early indicator of future output, is higher than a year ago when 736 rigs were active because energy companies have ramped up production to capture prices that are higher in 2018 than 2017.

Due to transport constraints to remove oil from the Permian Basin, the largest oilfield in the United States, new drilling had stalled since June but has begun to edge up as a new pipeline is due to start up and help the bottleneck.

On Friday, U.S. crude futures were trading around $69.36 per barrel, on track to fall for a second week in a row on rising U.S. inventories and concern that trade wars were curbing economic activity.

Since 1,067 oil and gas rigs were already in service, drillers would not have to add any rigs for the rest of the year to hit Simmons’ forecast for 2018.

Year-to-date, the total number of oil and gas rigs active in the United States has averaged 1,022. That keeps the total count for 2018 on track to be the highest since 2014, which averaged 1,862 rigs. Most rigs produce both oil and gas.

U.S. crude oil output in 2018 is expected to rise 1.39 million barrels per day to 10.74 million bpd, according to the U.S. Energy Information Administration said in its Short Term Energy Outlook (STEO).