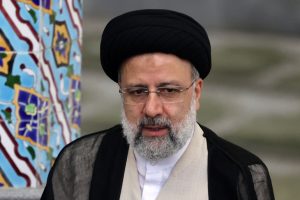 Washington — The top U.S. envoy on Iran said on Monday efforts to revive the 2015 Iran nuclear deal were now in a ‘critical phase’, saying Tehran’s reasons for not resuming talks were wearing thin.

Speaking to reporters, U.S. Special Envoy for Iran Robert Malley said Washington was increasingly worried Tehran would keep delaying a return to talks but said it had other tools to keep Iran from developing a nuclear weapon and would use them if need be.

“We’re in a critical phase of the efforts to see whether we can revive the JCPOA,” Malley said, referring to the deal formally called the Joint Comprehensive Plan of Action. “We’ve had a hiatus of many months and the officials reasons given by Iran for why we’re in this hiatus are wearing very thin.”

While saying that the window for both the United States and Iran to resume compliance with the agreement would eventually close, Malley stressed that the United States would still be willing to engage in diplomacy with Iran even as it weighed other options to prevent Tehran from getting the bomb.

Then-U.S. President Donald Trump abandoned the pact in 2018 and reimposed harsh U.S. sanctions. About a year later, Iran began violating some of the deal’s limits, including on uranium enrichment. Enriching uranium can provide a path to obtain the fissile material for an atomic bomb, an ambition Iran denies.