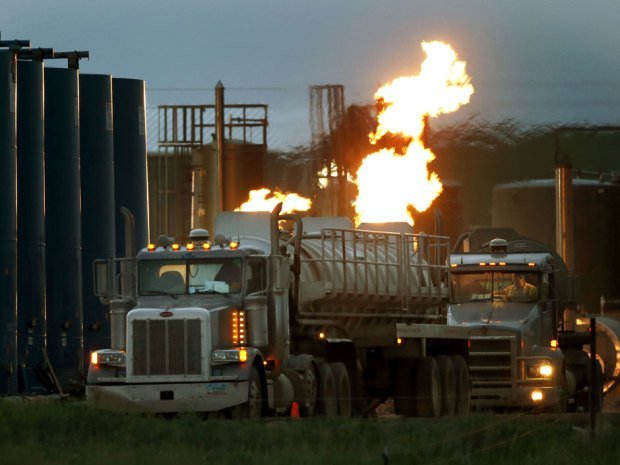 The Organization of the Petroleum Exporting Countries and Russia-led allies agreed to trim output by 1.2 million barrels per day (bpd) beginning in January. The reduction was larger than the 1 million bpd cut that analysts had expected.

U.S. oil futures settled up nearly 2 percent at $52.61 on Friday after trading as much as 4.5 percent higher during the day. Prices peaked at above $76 in early October but had plummeted to about $50 ahead of this week’s OPEC meeting.

“As long as a little producer like me can expect $50 or better, we can do fine; $50 works for me,” said Harvey Howell, president of H.H. Howell Inc, a San Antonio, Texas, producer.

Halting the steady decline toward $40s a barrel range provides confidence that U.S. companies can profitably expand drilling next year. On Thursday, oil major Chevron Corp set a 2019 capital spending budget that includes a 21 percent increase in spending on shale.

Without OPEC’s decision to pull back, “we were going to see oil in the $40s,” said Steven Pruett, chief executive of shale producer Elevation Resources LLC. He called the move a “relief” that OPEC and allies were able to agree to the coordinated cuts.

“It’s good for us. It keeps the capital flowing,” said George Wommack, CEO of Petro Waste Environmental LP, the largest oil and gas landfill operator in the Permian Basin of West Texas and New Mexico. He said service companies “have all been on the edge of our seat watching OPEC.”

Shale investors have been pushing companies to generate higher profits instead of increasing production, and a further drop in oil prices would have slashed cash flow needed to cover production costs and deliver shareholder payouts.

Energy stocks have suffered this year. A fund that tracks energy firms, the SPDR S&P Oil & Gas Exploration & Production ETF, is down 14.5 percent year to date and was flat on Friday.

Oil prices between $55 to $65 per barrel are a “sweet spot for the U.S. producer and the U.S. consumer,” said Rob Thummel, portfolio manager at energy investment manager Tortoise Capital.

“We think stable oil prices are the key to bringing investors back to the energy sector,” Thummel said.