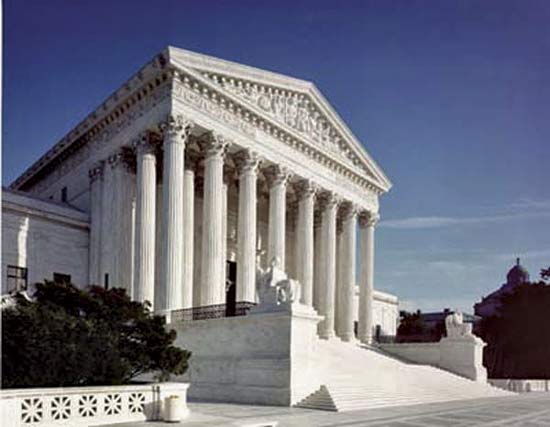 News wire — U.S. Supreme Court justices on Tuesday appeared divided over a bid by small oil refineries for exemptions from a federal law requiring increasing levels of biofuels to be blended into their products.

The justices heard arguments in an appeal by three refineries in Wyoming, Utah and Oklahoma of a lower court ruling that faulted the U.S. Environmental Protection Agency for giving the companies waivers from the Clean Air Act’s renewable fuel standard requirements.

At issue in the case is whether the EPA impermissibly exempted units of HollyFrontier Corp. and CVR Energy Inc in 2017 and 2018 when they had not received continuous prior extensions of an initial exemption.

The justices focused many of their questions on the different meanings of the word “extension” that could either help or hurt the refineries’ appeal.

The case, which reflects a long-running dispute between the oil and corn industries, centers on changes to the Clean Air Act in 2005 and 2007 to require biofuel quotas in U.S. gasoline and diesel products to reduce dependence on foreign oil and support fossil fuel alternatives.

Small refineries were exempt until 2011 to account for any “disproportionate economic hardship” they would endure by complying with volume requirements for products such as ethanol and biodiesel. But the law also allowed the EPA to extend those exemptions for certain periods.

Some justices raised doubts that an extension could come after a gap in time.

“Is this what you might expect, if Congress were going to provide a freestanding exemption, that they would do it in this sort of roundabout way?” Conservative Chief Justice John Roberts asked an attorney for the refineries.

Liberal Justice Elena Kagan cited the example of someone asking for an “extension” of an apartment lease after not living there for five years.

Other justices suggested the law could be read to have offered refineries the chance to seek relief as the level of hardship shifts over time.

“No one would know, if we go out two or three years, which small refineries will find hardship and which won’t, and it’ll change from year to year,” liberal Justice Stephen Breyer told a Justice Department attorney who was arguing against the refineries in the case.

Several biofuel producer groups including the Renewable Fuels Association challenged the waivers. The Denver-based 10th U.S. Circuit Court of Appeals last year found that the EPA had exceeded its authority “because there was nothing for the agency to ‘extend.’”

(Reporting by Andrew Chung in New York; Editing by Will Dunham)