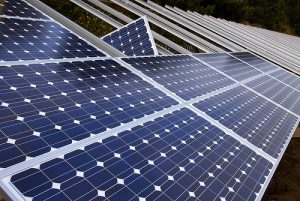 18 April 2018, News Wires – The U.S. Department of Energy (DoE) will spend $105.5 million to fund 70 projects aimed at advancing solar energy technologies and smoothing their integration into the electricity grid, it said on Tuesday.

The funding will be split among four areas of research: photovoltaic, concentrating solar, workforce development and grid integration, DOE said in a statement. Technologies that focus on integrating solar onto the grid, like power electronics, energy storage and sensors, will receive the largest share of the funding at $46 million.

Late last year, DOE said the cost of solar energy had hit a U.S. government target three years ahead of schedule, prompting it to change the focus of its solar program to integrating higher levels of the renewable power source with the grid .

The most widely used solar technology, photovoltaics, will receive up to $27 million. Those projects will aim to halve the cost of generating power from the sun’s light by 2030 to 3 cents per kilowatt hour, DOE said.

Concentrating solar power technologies, which use the sun’s heat to generate power, will receive $24 million. CSP is far more expensive than photovoltaic solar panels, and the United States has only a few such projects.

Job training and other workforce initiatives will receive up to $8.5 million, DOE said.

The Solar Energy Industries Association (SEIA), the industry’s primary trade group in Washington, cheered DOE’s announcement, calling it “a positive step in strengthening this important public-private relationship between the federal government and the American solar industry.”

SEIA has been at odds with the Trump administration this year over tariffs imposed on imports of solar panels in January. The group argued vehemently against the tariffs, saying they would drive up the cost of solar and lead to job losses.

Awards will range between $200,000 and $4.5 million, DOE said. DOE will start receiving applications for funding next month, and decisions are expected to be announced in September.