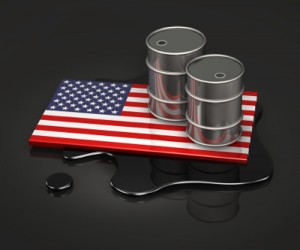 13 November 2012, Newswire – A new report by the International Energy Association says the U.S. will become the world’s largest oil producer by 2017, overtaking current leaders Saudi Arabia and Russia. U.S. energy policies initiated by the George W. Bush administration and implemented by President Barack Obama have moved the U.S. toward energy independence and away from Middle East energy sources. U.S. oil production has risen rapidly since 2008 and oil imports are at their lowest level in two decades.

“North America is at the forefront of a sweeping transformation in oil and gas production that will affect all regions of the world, yet the potential also exists for a similarly transformative shift in global energy efficiency,” says IEA Executive Director Marian von der Hoeven in a statement.

The IEA also says the U.S. could become self-sufficient in energy by 2035 and a net exporter of natural gas by 2020. The Obama administration’s push to develop and grow domestic natural gas capabilities has led to a natural gas drilling boom. Production has jumped 15% in four years but the glut in natural gas supplies have also caused the price of natural gas to plummet.

According to the White House, the U.S. holds a 100-year supply of natural gas and domestic production is at an all-time high. The Daily Ticker’s Aaron Task and Henry Blodget both agree that the explosion in domestic energy production could alter the geopolitical landscape and U.S. labor market.

“The foreign policy implications are maybe even bigger than the economic ones,” says Task.

“For 50 years or more we have been just addicted and coupled to a region of the world where so many people hate us,” Blodget adds.

Oil and petroleum imports have fallen an average of more than 1.5 million barrels per day and domestic crude oil production has increased by an average of more than 720,000 barrels per day since 2008. As domestic drilling has expanded so has the number of oil and gas production jobs. According to the Federal Reserve Bank of St. Louis, job growth in these industries has risen 25% since January 2010.

President Obama says natural gas production could support 600,000 jobs by the end of the decade. Most of these positions are highly desirable from a financial standpoint. Drilling and support jobs pay about $34.50 an hour, 50% more than the national average according to The New York Times.

Cheap natural gas and the administration’s eagerness to expand U.S. energy production has shifted resources away from green energy technologies like solar and wind.

The method of extracting natural gas from shale rock formations has come under intense scrutiny. Many local cities and communities have already banned the practice. Hydraulic fracturing, more commonly referred to as hydrofracking or fracking, involves injecting large amounts of sand, water and chemicals into the ground at high pressures. Critics of fracking say this process produces millions of gallons of wastewater that contain highly corrosive salts and carcinogens. These radioactive elements could pollute water sources such as rivers and underground aquifers and pose serious dangers to the environment and individuals.