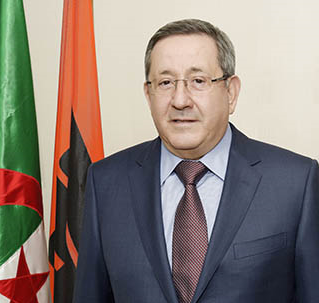 30 March 2018, Oran, Algeria — When the U.S.-educated CEO of Algeria’s state energy company Sonatrach ended a speech to staff by seeking questions, an executive sitting next to him quickly picked up the microphone.

“There are no questions,” he said, and some 1,000 employees filed straight out.

The scene revealed the scale of the challenge facing Abdelmoumen Ould Kadour, who took over Sonatrach a year ago with a mission to improve communication and transparency in a company that is central to stability in Algeria and beyond.

Sonatrach funds 60 percent of the state budget, and falling oil prices have created pressure for change, while Algeria’s role as a major gas supplier to Europe means new tension between the continent and gas giant Russia could play into his hands.

He will soon unveil a plan to lift stagnant output and has revived ties with European oil majors. But project delays, fraud scandals, secrecy and red tape abound in a country where adults remember civil war and change is often resisted.

“It’s hopeless,” he confided to colleagues accompanying him to the company office in the northwestern city of Oran, one of the dozens of such visits by the 66-year-old alumnus of MIT and Harvard to Sonatrach outposts witnessed by Reuters.

On his first day, he said on another occasion, he was given so much paperwork to sign he feared he would do little else. “There was no medium and long-term strategy, there was no communication, no coordination between Sonatrach’s executives, every single piece of information was confidential.”

No stranger to setbacks, he spent two years in an Algerian jail for collaborating with foreigners after a decade in charge of a joint Algerian-U.S. engineering company co-owned by oil services firm Halliburton.

He has brought in his own team to lead the revamp at Sonatrach, declining requests for an interview but sharing his views during his tour of the company.

A company source said his turnaround plan would be unveiled “within weeks, if not days”. Designed partly to attract foreign investment, it is likely to come during or before a conference he hosts on April 16-18 which the CEOs of France’s Total(TOTF.PA), Italy’s ENI(ENI.MI) and Norway’s Statoil(STL.OL) are expected to attend.

Foreign Partners
His broad goal is to turn Sonatrach into an integrated energy company by 2030 from its current sprawling state, which includes an aircraft maker and extensive social programmes and excludes renewables, which come under the environment ministry.

While Western CEOs will expect concrete steps after years of bold announcements, the plan has spread unease among executives, several of whom told Reuters they feared sweeping management changes in Ould Kadour’s declared battle with red tape.

In Oran, he told staff that Statoil, set to resume work at the Hassi Mouina gas field, had previously left because of bureaucracy. “Better communication, a better environment is key to convince foreign partners to work in Algeria,” he said.

A Sonatrach source said Statoil is expected to invest $500 mln in gas, a figure described by a Statoil source as “speculation”. Last month Statoil and Britain’s BP(BP.L) agreed to strengthen cooperation in upstream oil exploration and explore solar energy to allow Algeria to export more of its gas.

In December Ould Kadour revived ties in December with Total, ENI and Saipem(SPMI.MI), but his ability to nurture those relationships and reverse years of stalling production will depend on how his company’s 40,000 employees respond to his message of change.

He is an unlikely manager in a country known for secrecy and a suspicion of Westerners dating from ties to the Soviet Union and the trauma of the 1954-1962 independence war with France.

But energy revenues have halved since 2014 and President Abdelaziz Bouteflika, the 81-year old leader who might run for a fifth term next year, is struggling to maintain a welfare state necessary for social stability.

The government has launched austerity measures, banning the import of 900 goods and freezing public sector hiring and development projects.

Doctors and teachers have been on strike in several cities for three months demanding better pay and conditions and the state has been unable to end dissent by paying out as it did when a barrel of crude cost $100 instead of $70 as now.

This has turned improving the efficiency of the state oil company into a political imperative. “Ould Kaddour has no choice but to succeed as Sonatrach’s CEO,” a former energy minister told Reuters.

Critics of the CEO say he has only been appointed because of Bouteflika and will last no longer than his many predecessors.

“If Bouteflika quits, Ould Kaddour would be sacked in the next five minutes,” a former Sonatrach executive said.

Balancing Act
With the presidential election looming, Ould Kadour has sought to cut Algeria’s import bill by recruiting oil trader Vitol to swap crude for the petrol in growing need at home.

“The strategy was to show that Algeria, which is a big oil producer, is not spending gigantic sums on imports of products,” an oil insider said.

Sonatrach has signed a $1 billion deal with Turkey to build a petrochemical facility, discovered crude in Niger and explored cooperation with Iraq. It is also considering shale, but protests in 2015 from Algerians fearing environmental damage have made that politically unpalatable for now.

In further signs of a balancing act, company sources say Sonatrach will offer more flexible short-term gas contracts on terms of 10-15 years or less instead of 20-25 and invest $250 million in the Tinhert gas field project using Algerian firms.

Ould Kadour’s sentencing by a military court in 2007 on charges working for a foreign country was part of an internal regime conflict typical for Algeria, observers say.

An elite made up of the ruling FLN party, army and security have controlled Algeria since independence, with officials or executives of state firms sometimes losing jobs when a new faction takes over in power plays behind closed doors.

After serving his two-year jail term, he worked in Qatar, France, Senegal and the United Arab Emirates before Bouteflika made him Sonatrach CEO in March 2017.

Anis Rahmani, an owner of the private Ennahar TV station, said the CEO had told him he was devastated by being branded a traitor. “But the man has the vision, a plan to transform the company into a modern and performing one, which is not the case now,” he said.

He is more powerful than the energy minister, one insider said, but must also win backing from politicians resistant to opening up the country too much. A key energy law has been stalled for years but a draft is now due in July.

It is likely to retain Sonatrach’s majority stake in all energy projects but offers tax incentives for investors, a Sonatrach executive said. “The law needs to be attractive,” he said. “If not it will be useless.”