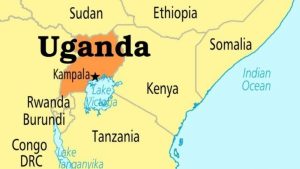 Cape Town — Uganda’s national oil company (UNOC) expects to secure the funding for a $5 billion crude pipeline that the European Union is opposed to, by early next year, UNOC’s chief executive told Reuters on Thursday.

In February, TotalEnergies and its partner China National Offshore Oil Corporation signed a final investment decision with Uganda and Tanzania to kick-start investments worth more than $10 billion to produce and export Uganda’s crude.

Part of that investment will involve a $5 billion pipeline, criticized by the EU which has passed a parliamentary resolution seeking to delay the project, that will help ship landlocked Uganda’s crude to world markets via a port on Tanzania’s Indian Ocean coast.

The EU resolution warns that the pipeline and associated infrastructure would displace about 100,000 people, jeopardise water resources and endanger protected marine areas in Tanzania.

“We haven’t yet attained financial close for EACOP but anticipate this will be attained by Q1 2023. The cost of the project is about $5 billion,” Proscovia Nabbanja, chief executive of UNOC said on the sidelines of an African energy conference in Cape Town.

She said the project is financed at a debt-to-equity ratio of 60/40 and UNOC’s share of the funding stood at around $308 million, which the ministry of finance has committed to pay.

Nabbanja said due diligence has been conducted and there was a lot of appetite from lenders to invest in the project. She did not divulge who the potential lenders might be.

“All the interventions have been put in place to make sure we curb emissions, the IFC standards and Equator Principles have been adapted and the due diligence that was done by the lenders, the appetite still does exist to secure the $3 billion debt component”, she said. (Reporting by Wendell Roelf;Editing by Elaine Hardcastle) – Reuters