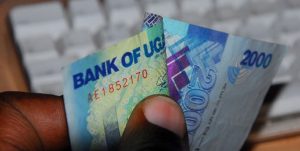 06 August 2017, Kampala — Bank of Uganda Governor Emmanuel Tumusiime-Mutebile was yesterday grilled by Members of Parliament over the central bank’s €3.3m (Shs10.7b) secret foreign account in a German bank which had never been declared for 10 years.

The secret BoU account in Germany was disclosed by the Auditor General in the 2014 audit report, revealing to Parliament that since 2003 when the account was opened, it was not recorded in the central bank’s ledger.

“During (audit), we noted an amount of Euro 3,354,980 confirmed by Deutsche Bank Frankfurt in the name of Bank of Uganda but not recorded in the BoU general ledger,” the Auditor General, Mr John Muwanga, states in his report.

“So many strange things happen in this country,” exclaimed Mr Abdu Katuntu, chairman of the Parliament’s Committee on Commissions, Statutory Authorities and State Enterprises.

The committee was discussing the Auditor General’s report yesterday.

The report says the cash stashed in the Germany account was government’s share of “proceeds from the sale of Deutsche Entwicklungs Gesellschft (DEG), a German investment company with shares in dfcu bank.”

The Auditor General noted that through an agreement between the government and DEG, the money would be used for development projects in Uganda.

“It is intriguing that Uganda has got some 3.3m Euros somewhere in a foreign account; it has been on a foreign account for 10 years, it is not in your books? What was it all about?” Mr Katuntu asked the BoU officials during the committee proceedings.

Mr Katuntu told Mr Mutebile and his officials that the “intriguing case” bears striking similarities with the infamous scam in the Office of the Prime Minister.

“This is a very unfortunate case, I am sure governor and your officers do realise that. Is it an isolated case? That’s what we have to examine. Wasn’t it something like the OPM [scam]?” Mr Katuntu observed.

In a written submission, Prof Mutebile said upon instructions from the Accountant General, the money on the Germany account was transferred to the Consolidated Fund in February 2015. “Ministry of Finance, Planning and Economic Development was notified and upon instructions from the Accountant General’s office, the funds on the DEG account amounting to Shs10.7b were duly transferred to the Uganda Consolidated Fund on 11, February 2015,” Mr Mutebile stated in his response.

Pressed by MP Anita Among (Bukedea) on why the money remained unreported for that long, BoU’s director of settlements and payments Joyce Okello said they couldn’t do anything about the money as they had notified ministry of Finance but its response on what to do with the funds was not forthcoming.

“We had the money on a foreign bank account and we are not in any way authorised to debit or credit as bankers unless we have instructions. We did not have any instructions from government on how to account for this money in our ledgers,” Ms Okello told the committee.

“We did raise the issue with the Ministry of Finance and their immediate response at that time was that they needed more information on the account,” she added.

Katikamu North MP James Abraham Byandala asked the central bank officials whether there exists “any other account of that kind in UK, USA or anywhere else” to which Ms Okello answered in the affirmative.

“Two more accounts exist in Germany, one with zero balance while the other has 72 cents,” she said.

Mr Mutebile remained silent throughout the proceedings, asking his officials to respond to the queries raised by the committee members.

The committee directed BoU to report back next week with all documents regarding the undeclared German account and also instructed Finance ministry to explain the anomaly.

Mr Katuntu speculated that the money was kept away “so that it can be forgotten and then used by some individuals.”

Ministry of Finance spokesperson Jim Mugunga told Daily Monitor last evening that he was not privy to details of this particular case and passed the buck to the central bank.

“If Finance indeed asked for more information, I am not sure BoU provided the same. It is not true that Finance kept quiet, but it did respond by asking for more information from BoU. Otherwise, the Accountant General’s directive to transfer the money to the Consolidated Fund is an indication that the Treasury is not at loss as to where funds ultimately had to go. The most important thing is that we are not talking about a loss, but account documentation,” Mr Mugunga stated in a text message.

Source. The report says the cash stashed in the Germany account was government’s share of “proceeds from the sale of Deutsche Entwicklungs Gesellschft (DEG), a German investment company with shares in dfcu bank.”

*Ibrahim a Manzil – The Monitor