UK introduces new trading rules for Nigeria and others 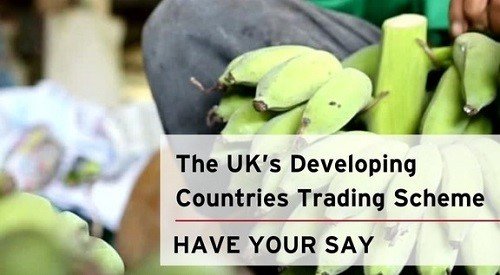 Lagos — The government of the UNITED Kingdom has introduced new trading rules, UK Developing Countries Trading Scheme, DCTS, that will help developing countries with lower income like Nigeria grow their economies while also benefitting British businesses and consumers at the same time.

The Scheme according to a statement signed by Ndidiamaka Eze, Head Press & Public Affairs Officer | British Deputy High Commission, Lagos is a major opportunity to grow free and fair trade with developing nations. The proposed scheme will apply to 70 qualifying countries, including Nigeria, and include improvements such as lower tariffs and simpler rules of origin requirements for countries exporting to the UK, allowing countries to diversify their exports and grow their economies.

The UK currently operates a similar scheme rolled over from the EU, but as an independent trading nation we can now take a simpler, more generous, pro-growth approach to trading with developing countries.

The Scheme will apply to 47 countries in the Least Developed Country Framework LDCF, and 23 additional countries classified by the World Bank as low-income and lower-middle-income countries.

The proposed scheme will mean more opportunity and less bureaucracy for developing countries, for example by simplifying rules of origin requirements or reducing tariffs on imports. For instance, this could mean lowering tariffs on products including rice from Pakistan and raw materials from Nigeria.

Some U. K trade experts and top who spoke on the development said that the scheme will further deepen economic and Bilateral relations between Britain and developing countries.

Foreign Secretary Dominic Raab said the new trading rules will reduce tariffs for poorer countries exporting to the U. K.

He said: “Cutting tariffs for poorer countries enables them to trade their way to genuine independence – and I’m proud we lead the world in offering that opportunity.”

Similarly, International Trade Secretary Liz Truss said that the new trade policy will lift millions of people in developing countries out of poverty.

He said: “Trade fundamentally empowers people and has done more than any single policy in history to lift millions of people around the world out of poverty. Now the UK is an independent trading nation we have a huge opportunity do things differently, taking a more liberal, pro-trade approach that leads to growth and opportunity.

“Countries like Bangladesh and Vietnam have proven it’s possible to trade your way to better living standards, and our new Developing Countries Trading Scheme will help others do the same.”

In his reaction, Emma Wade-Smith OBE, Her Majesty’s Trade Commissioner for Africa, stated: “The DCTS scheme signals the UK’s strong appetite to promote free and fair trade. It is a demonstration of our commitment to help boost economic growth and prosperity in Africa, by enabling businesses there to access the UK market more easily. The UK is committed to strengthening our commercial relationship with African partners.

“The new DCTS scheme will create a smoother path for companies to export to the UK. I encourage the African business community to contribute to this important consultation. We want to hear a range of views and perspectives, to ensure the scheme targets those areas that will have the greatest positive impact on growing our bilateral trade.”

The UK Government intends for its new scheme to be best in class, and has studied programs in Canada, the US, Japan and the EU, before constructing an approach that takes some of the strongest elements of each and builds on them.