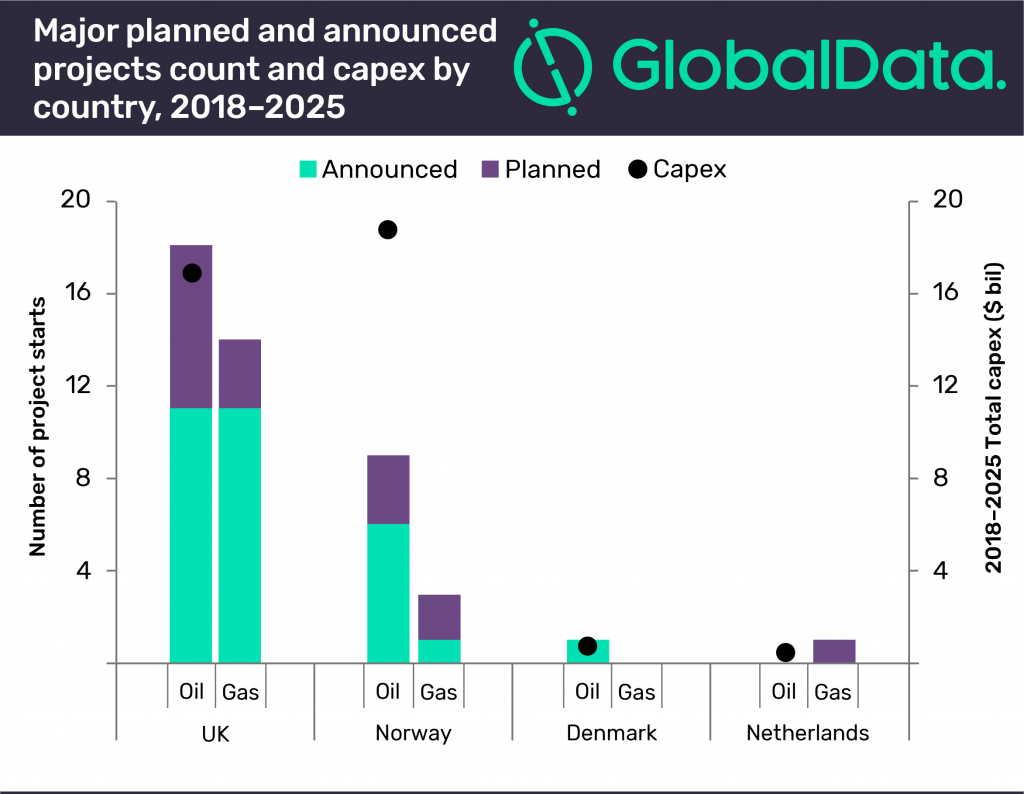 10 May 2018, Sweetcrude, Houston, Texas — A total of 46 crude and natural gas projects are expected to start operations in four countries in the North Sea between 2018 and 2025, according to GlobalData, a leading data and analytics company.

The key projects in the North Sea are expected to contribute about 948.5 thousand barrels of oil per day (mbd) of global crude production and about 1,394 million cubic feet per day (mmcfd) of global gas production in 2025.

Among North Sea operators, Statoil Petroleum AS and Statoil UK Ltd lead with the highest operatorship with two planned projects each, of which two are crude and two are natural gas projects. In terms of announced projects, Independent Oil and Gas Ltd (IOG) has interest in four early-stage projects, followed by Statoil ASA, Statoil UK Ltd, Aker BP ASA, and Parkmead with two projects each.

Among countries, Norway, UK, and the Netherlands are expected to be the highest CapEx spenders on key planned projects with approximately US$12.1bn, US$7.9bn, and US$0.4bn, respectively, between 2018 and 2025. The UK leads with CapEx of US$8.9bn followed by Norway with US$6.8bn in the early-stage projects.