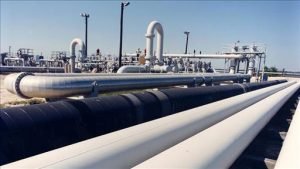 20 October 2018, News Wires — Ukraine announced on Friday it would raise household gas prices by nearly a quarter as Prime Minister Volodymyr Groysman warned that the country risked default if it crashed out of its International Monetary Fund aid programme.

Raising gas prices was an IMF requirement and takes the government a step closer to securing another aid tranche before the deal expires next year, when the country heads into back-to-back elections and must service a rising debt burden.

If Ukraine receives another tranche, that would allow the government to go to the market to issue new debt and would also pave the way for the European Union and other foreign donors to disburse more aid.

The government initially had agreed to raise gas prices but later backtracked, knowing the potential for voter anger during presidential and parliamentary elections.

“We have no other option to prevent extremely difficult events,” Groysman said during a televised cabinet meeting.

“If we are not able to continue cooperation with our international partners,” Groysman warned, then the country will not be able to service its debt.

“This may lead to the situation when Ukraine will be put into default,” he said, a return to the 1990s of “hyper-infl