Understanding the elements of the Petroleum Industry Governance Bill 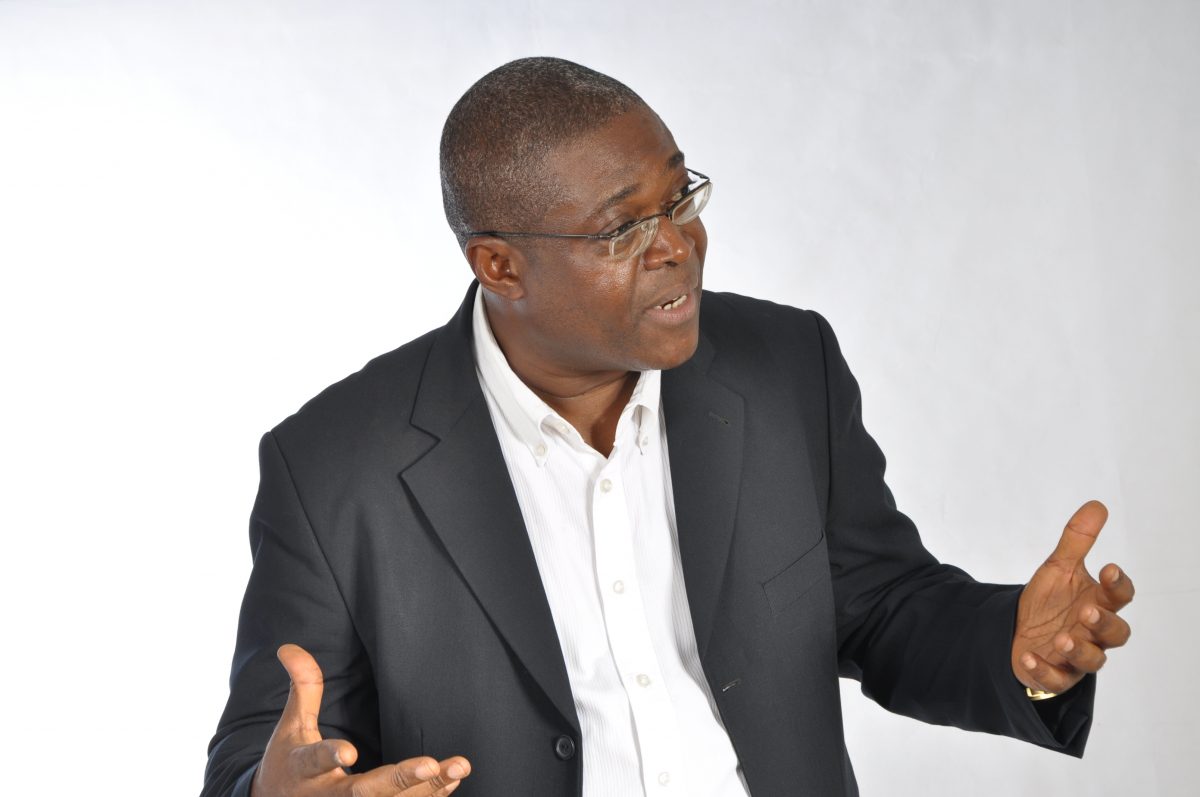 17 June 2018, Sweetcrude, Lagos — The oil and gas industry has been the pivot on which the Nigerian economy has depended for decades. This sector accounts for more than 80% of foreign exchange revenue but contributes less than 20% to the nation’s gross domestic product (GDP).

In spite of the huge revenue accruing from sales of oil and gas, the nation has little to show for it. Over the years, the sector has been challenged by poor governance, inadequate management of revenue, disjointed fiscal and regulatory provisions and gross inefficiencies in managing the downstream petroleum assets.

Added to it, has been the damage to the natural ecosystem, especially in the oil-producing region (Niger Delta) and the increasing cost of producing oil and gas from the oil production wells; which results in part, from the high level of insecurity, kidnapping and petroleum infrastructure vandalism in the region.

To reverse the trends, the Nigerian government inaugurated committees to reform the sector (The Oil and Gas Sector Reform Implementation Committee, OGIC), whose recommendations gave birth to the draft National Oil and Gas Policy (the Petroleum Industry Bill, PIB).

Unfortunately, the inadequacies and inconsistencies inherent in the PIB and politics resulted to non-passage of the bill. The implication had been unclear fiscal and regulatory framework to drive investment, management and inefficient operations in the sector, as well as the contentious aspect of the bill (the Host Communities Stakeholding).

However, there is a need for wider consultations to embrace contributions and concerns from stakeholders in the sector before presenting all the other sections of the bill to the National Assembly.

One of the fora for informing petroleum host and impacted communities on the content of the bill was organized by Emerald Energy Institute, University of Port Harcourt, under the auspices of FOSTER Ltd (the sponsor).

FOSTER, a non-governmental organization provides a multi-stakeholder platform for interaction aimed at resolving the challenges militating against the poor performance of the oil and gas sector, especially in Nigeria. They aim to catalyze a positive change and transformation of the Nigeria petroleum sector through engagement of various stakeholders.

Consistent with this objective, a one-day forum was organized to review, explain and evaluate the reasoning underlying the rudiments of the PIGB; and to stimulate discussions on the principles and structure of the PHICB among leaders and dignitaries in petroleum host and impacted communities. The aim was to facilitate understanding of the bill in preparation for the public hearing at the National Assembly, particularly, on the Petroleum Host Community Bill (PHCB).

The forum which was well attended was chaired by Prof. Eme Ekekwe of the University of Port Harcourt. The representative from FOSTER (Mr. Michael Uzoigwe, a former British Chevening Scholar) after providing a background of the organization (FOSTER), highlighted that the essence of the forum was to assemble contributions from stakeholders on how to improve upon the contents and provisions of the bill.

The director, EEI, Prof Wumi Iledare made a presentation on the passed PIGB titled “The Petroleum Industry Governance Bill: Critical Reforms Issues and Resolutions”. In his presentation, Prof Iledare reiterated the need for adequate management of the petroleum sector, especially against the background of the rapidly changing global energy system.

Amongst the trends shaping the global energy sector are:
• climate change and economic concerns,
• rising shale output with declining cost of production,
• geopolitical tensions in the Middle East,
• changing energy landscape in China,
• the growth in electric vehicles, amongst others.

These factors have culminated in declining revenues and investments in the Nigerian oil and gas sector, including of course uncertainties arising from the non-passage of the PIB. To catalyze Nigeria’s economic well-being in the face of the changing global environment, there is a critical need to align national economic aspirations and priorities, promote growth and development of the sector and create a conducive atmosphere for doing business.

Context for the New Industry Governance Bill (PIGB)
The previous PIB (2012 version) accorded discretionary powers to the Minister of Petroleum; it was amorphous, with confused accountability and uncertainty in NNPC funding capacity. This created divergent views amongst stakeholders, and partly accounted for the non-passage of the bill.

The impact of non-passage of PIB included amongst others:
• Decline in oil and gas production and reserves
• Decline in government revenue
• Deferment of core investments
• Prolonged JV funding difficulties (cash- calls payment delays)
• Loss of competitiveness, and
• Leakages, oil theft, and sabotage

These factors have combined to wreck havoc on the Nigerian economy. This condition necessitated the current revisit of the PIB to address the situation and has given birth to the PIGB, etc.

Principles of the PIGB Design
The PIGB design hinges on a clear separation of roles, distinct accountability, focus, transparency and good governance with minimal government interference. The Bill also provided a full coverage of the entire oil and gas industry value chain.

As its building block, the PIGB created the Petroleum Regulatory Commission to ensure regulation and compliance of the various industry sub-sectors; the Petroleum Minister, to co-ordinate policy setting and industry supervision; while commercial operations will be carried out by the National Oil Company and National Petroleum Assets Management Company. The PIGB also provided control elements to guide the industry structures, institutions, policy, legislation and regulations.

Essentially, the PIGB created a foundation to ensure optimum management of Nigeria’s petroleum resources; and well-defined governance and institutional frameworks that can position the sector in line with global and industry trends.

Concerns raised by Host Community Representatives
– Can the bill go ahead without divestment; especially as the bill specified the sale of not less than 30% of the petroleum assets?
– Will selling the assets not create an amorphous monopoly in the oil and gas value chain?
– If the PIGB has not yet received the President’s assent, what are the guarantees the PHICB will receive favorable attention?
– How prepared are the host communities to receive bulk disbursement of funds from oil and gas operations?
– Why was the PIGB prioritized over the PHICB, given its relative importance?
Other concerns expressed by the stakeholders included:
– The possibility of misinterpreting or misconstruing the provision of selling ‘at least 30%’ share.
– In addition, provisions for shares to be bought by private entities may give private individuals controlling rights over our collective assets. This heightens concerns about the issue of protection of the public interest and assets.
– They also expressed worry over the fact that only 30 lawmakers (from the lower house) sat when the PIGB was passed.
– The host communities also expressed concerns over the lack of enthusiasm from the IOCs, given that the bill is expected to be a ‘game changer’.

Responses from the Presenter
In addressing these concerns, Prof Iledare posited that the primary essence of selling shares is to raise funds for the companies and for development of the nation and that the bill also provided for handling of liabilities. He added that Government owns 100% of the Petroleum Asset Management Company; and will be registered with CAMA to obey principles of incorporation as practiced in Brazil.

The delay in assenting to the PGIB is due to the need for adequate understanding on the part of the President. The PGIB is regarded as the easiest of the four draft bills in terms of ease of passage. Hence, it was given first consideration. However, the PHICB is moving in tandem with the others (PIAB & PIFB).
Regarding host communities’ readiness, he posited that there are various institutions they have already been created (NDDC, Ministry of Niger Delta, etc), which will aid in the management of the funds. Furthermore, he added, that the PHICB provides that funds can only be disbursed for infrastructure development in the host communities.
He also posited that the lack of enthusiasm by the IOCs arises from the poor perception derived from the previous PIB processes.

In general, he stated that the factors that differentiate the current bill different from the previous versions of the PIB are that:

• The current bill has been split into four (PIGB, PHICB, PIAB and PIFB) to avoid the previous failure of the PIB, and thus make amendments easier;
• Provision of a clear and unambiguous definition of roles & responsibilities and accountability; in addition to governance structure for the industry and stakeholders.
• Prioritization and ownership by the 8th National Assembly of the Federal Republic of Nigeria.
• The proposed framework is practicable and workable, although contributions from stakeholders will help to improve its clarity.
• Whittling down the discretionary powers of the Petroleum Minister to allocate oil blocks.