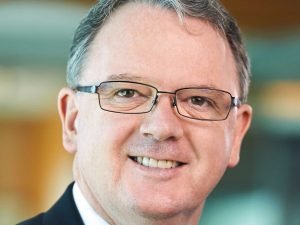 Melbourne — A discovery of ancient artefacts on the seabed off Australia’s west coast has opened up a new frontier for resource companies to watch out for in conserving indigenous heritage.

Archaeologists in July reported they had found hundreds of stone tools submerged off the Dampier Archipelago in Western Australia, showing evidence of people living in the area when it was dry land more than 7,000 years ago.

The two sites are about 5 km (3 miles) east of where Woodside Petroleum, Australia’s top independent gas producer, plans to build a pipeline connecting its Scarborough gas field to its Pluto gas plant on the Burrup Peninsula.

The company is speaking to archaeologists involved in the Deep History of Sea Country, which made the discoveries, and the Murujuga Aboriginal Corp (MAC), the indigenous land owners in that region, about its pipeline route.

“We are concerned there is potential for submerged heritage to be impacted, regardless of whether it has been discovered or is yet to be discovered,” Peter Jeffries, chief executive of MAC, told Reuters in emailed comments.

“We believe a thorough investigation of these areas needs to be conducted before any decision can be made.”

Woodside has long worked with the Murujuga to preserve rock art sites near its North West Shelf and Pluto LNG plants on the Burrup Peninsula.

The company said it recognises there is potential for submerged heritage to exist and has done extensive archaeology and ethnographic cultural heritage and geotechnical surveys onshore and nearshore.

The surveys identified one coastal archaeological site within the Pluto LNG foundation lease area which the company said remains intact and protected, a Woodside spokeswoman said.

“This is the first time in Australia that submerged heritage is being considered — for the Scarborough pipeline near shore,” Woodside Chief Executive Peter Coleman told Reuters last month.

The company is talking to MAC about developing a cultural heritage management plan for Scarborough and a dredging and spoil disposal management plan, Woodside’s spokeswoman said.

Woodside hopes to make a final investment decision in 2021 on the $11 billion Scarborough project, a joint venture with BHP Group.

Underwater, Australian law protects shipwrecks and sunken aircraft as cultural heritage, but only protects submerged indigenous artefacts and sites if a minister determines that they are significant.

“At the moment, a 75-year-old shipwreck is automatically protected on discovery, but 8,000-year-old evidence of Indigenous cultural heritage is not. This could allow a tragic destruction of important heritage, similar to the Juukan Gorge situation,” Jeffries said.

The Rio Tinto case has raised issues around what the public deems acceptable, sparking a Senate inquiry into heritage protection.

“We don’t need the law to tell us what the right thing to do is. We’re already doing it,” Coleman said.

Jonathan Benjamin, leader of the Deep History of Sea Country project, who led the finds off Western Australia, welcomed Woodside engaging with archaeologists and said he hoped the oil and gas industry would be more proactive in surveying nearshore areas that were once dry land.

“There’s a huge amount of knowledge to be found on Australia’s seabed around the country. It’s not about one spot.”