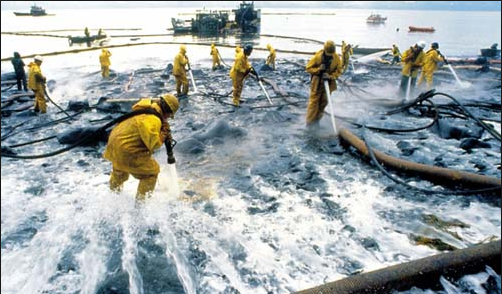 21 June 2018, Sweetcrude, Port Harcourt — Several hectares of land have been donated to the Hydrocarbon Pollution and Remediation Project, HYPREP by Ken-khana and Nyo-khana kingdoms in fast-track to fast-track the Ogoni livelihoods restoration project as a key recommendation of UNEP for Ogoniland.

The actual size of the landed properties has not be ascertained, but HYPREP said the land would be used for the training of Ogoni women and youths to create wealth for themselves on various agro-allied skills such as fish farming, feed mills, cropping etc.

Speaking in Ogoni while showing the land to HYPREP, the Gbenemene of Ken-Khana Kingdom, HRM Dr. Melford Eguru, pledged to support HYPREP in the implementation of recommendations of UNEP for Ogoniland.

King Eguru, represented by the Menebua of Kenwigbara, HRH Barile Deebom, said the scope of the land donated by his kingdom is unlimited, as the land is big enough to accommodate whatever project that would be sited on it by HYPREP.

He also urged the federal government to recognised traditional rulers in the cleanup process, explaining that as custodians, monarchs are responsible for the maintenance of peace in the communities.

“It is our joy that you are here. Ken-khana championed the Ogoni struggle, every effort that led to the struggle started from here through Ken Saro Wiwa.

“We will support you so that we will not lose everything, we have lost many of our sons including Ken. The majesty and this kingdom will give every support that you will need as long as you will follow the right step.

“The land is big enough to accommodate any magnitude of project you want to do. You know we have been agitating for the restoration of our land and our livelihoods.”

For his part, the Gbenemene of Nyo-Khana Kingdom, HRM King Suanu Baridam, pledged that his kingdom will cooperate with the Federal Government on the Ogoni cleanup.

King Baridam, however, warned that the Ogoni cleanup exercise should not be used as a political tool by politicians.

According to him, “Bangha will cooperate with the Federal Government on the cleanup. But I will also warn you that the issue should not be politicised because we are talking about the livelihoods of the people.”

Responding, the Project Coordinator of HYPREP, Dr. Marvin Dekil, who pledged to carry everyone along in the cleanup process, said plans are underway for the livelihood restoration programme to commence soon.

Represented by HYPREP’s Head of Communication, Mr. Isa Wassa, Dekil commended the traditional rulers of Nyo-Khana and Ken-Khana for the parcel of lands, while urging other communities in Ogoni to follow suit, in other to fast-track the process.

He told the traditional rulers that plans are in top gear for the provision of potable water to the people of Ogoni as recommended by UNEP, explaining that companies have submitted bids for the clean up project, as well as the water project, adding that the best and most efficient companies will be selected for the job.

“Thank you for giving us this piece of land, this is something you have done not just to us but to the federal government.

“The mandate of HYPREP is to clean Ogoniland and restore livelihoods, and we are committed to carrying out this mandate.

“We will use the lands to restore livelihoods through the training of women and youths. We will train them on fish farming, feed mills, cropping and other agro skills, and at the end of the day jobs will be created.”