UNEP report: Senator Abe advocates for a varsity in Ogoni 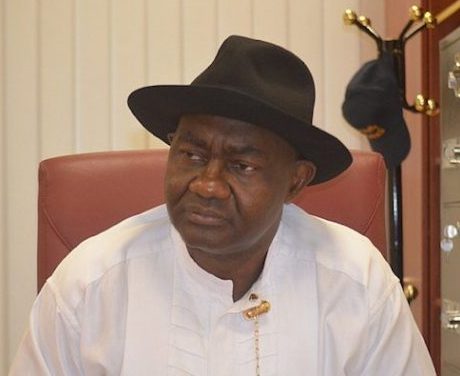 01 December 2017, Sweetcrude, Port Harcourt — The Senator representing Rivers South-East Senatorial District in the National Assembly, Senator Magnus Ngei Abe has proposed that the Centre of Excellence in Ogoniland recommended in the United Nations Environment Programme’s Report on Ogoni environment, should be converted into a university.

The Senator called on the Senate Committee on Environment to push for the establishment of a federal university in Ogoniland, in order to save funds for the country and sustain the dream behind the Centre for Excellence recommended by UNEP.

Abe made this known during the Senate Committee on Environment’s visit to Ogoni recently to ascertain the demonstration of the cleanup process in the area organized by the Hydrocarbon Pollution Remediation Project, HYPREP.

Speaking in a meeting between the Senate Committee on Environment, Ogoni religious and political leaders at Bera Community in Gokana Local Government Area of the state, the Senator posited that the university to be established in the area should be a science and agriculture-based federal university in Ogoniland.

According to him, “The UNEP report provides for a Centre of Excellence and we have looked at that Centre of Excellence, it is supposed to be a place where people can study, and the pursuit of excellence in the environment will be made, not only for the Ogoni area but for the entire country.

“Now, the way our country runs, if we don’t make such provisions for the sustenance of that centre, it will die out. It may never achieve what it was intended to achieve.”

Abe who is also the Chairman, Senate Committee on FERMA, said since the funds for the establishment of the centre of excellence has already been provided, converting the centre to a university would be for the benefit of the county.

“I want to appeal to my colleagues to make the centre into a university. In the whole of this area, there is no federal university anywhere.

“If we make the centre into a university, the money for the establishment is already provided, it will provide for the study of the environment, for science and for agriculture in the long term. Our country will benefit from it.

“We can then make that pronouncement to sustain the Centre for Excellence in the long run.”