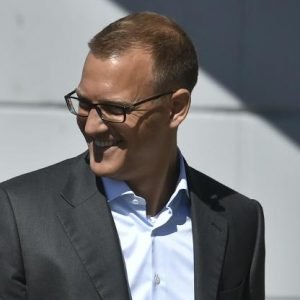 The companies did not disclose the value of the deal.

Uniper said it had received a unilateral binding offer from Energetický a průmyslový holding, a. s. (EPH), and had agreed to exclusive talks on the sale of its activities in France.

Its assets in France include two gas-fired power plants with a total capacity of 828 megawatts (MW), two coal power generation units with an installed capacity of 1,200 MW, a 150 MW biomass power plant and 100 MW of wind and solar resources.

Jan Špringl, vice-chairman of EPH’s board, said in a statement that the group has entered a partnership with energy major Total (TOTF.PA) to transfer Uniper’s two gas-fired plants to Total once the transaction closes.

A Total spokeswoman confirmed that the company had signed an agreement with EPH to acquire, from Jan. 1, 2020, the two Uniper gas power plants as part of its low-carbon electricity strategy.

Total, which is expanding its foothold in the French electricity market, has said it plans to increase its power generation capacity to 10 gigawatts (GW) by 2023 from around 5 GW now.

Uniper, which also supplies gas and power to French residential and industrial clients, said its French business contributed low single-digit millions of euros to its 2017 income.

The French government plans to phase out coal power generation by 2022 as part of its plan to curb carbon emissions.

Uniper said in August it would have to review its business in France, which employs around 490 people, if the coal shutdown went ahead.

A person with direct knowledge of the matter told Reuters in September that Uniper had mandated investment bank Rothschild to explore a sale.

“Uniper France faces a special situation where the two coal-fired power plants, which are essential assets of the company both in terms of installed capacity and number of employees, have a limited life time based on the decision of the French government,” Špringl said in the statement.

Špringl said the closure of the coal-power plants would require a reorganization and a new strategy, and privately-held EPH was ideally positioned for it.

EPH gave no further details of its plans for the coal-fired power plants.

If concluded, the Uniper deal would be Kretinsky’s second major acquisition in France this year after his Czech Media Invest acquired a 49 percent stake in Le Nouveau Monde, the main shareholder of France’s daily Le Monde in October.