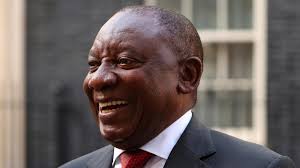 15 July 2018, London — The United Arab Emirates intends to invest as much as $10 billion in South Africa’s economy, with a focus on tourism and mining.

The commitment was made during the first state visit by South African President Cyril Ramaphosa to the Middle Eastern nation, the Presidency said in an emailed statement on Saturday. It matches a pledge by Saudi Arabia earlier this week when Ramaphosa visited that country too.

Ramaphosa is seeking to revive a flagging economy after taking over from Jacob Zuma as the nation’s leader in February and seeks to lure $100 billion in investment over the next five years. Business and investor confidence has slumped after an initial boost following Zuma’s departure as the ruling-party leader in December.

The South African president also visited Nigeria this week, where he met with the nation’s leader, Muhammadu Buhari.