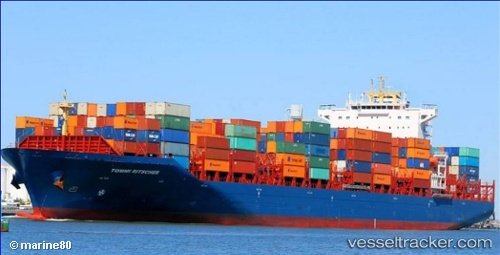 Cotonou, Benin — Reporting indicates that the Portuguese flagged Containership TOMMI RITSCHER was approached by a speedboat and subsequently boarded by an unknown number of persons.
at Zone 3 Cotonou Anchorage.

A Naval Patrol vessel (ZOU) is understood to have spotted the speedboat alongside the vessel and approached.

On approaching the speedboat is understood to have fled leaving the perpetrators on board the TOMMI RITSCHER.

Crew members are understood to be Ukrainian, Bulgarian and Filipino.

The remaining 8 crew are currently believed to being held on board the vessel.

Two naval vessels are currently at the scene.

Dryad Analysis
This the second incident within the Cotonou anchorage this year and the 5th incident in this location across a 12-month time frame.

Dryad notes that the full details of the incident remain unknown, adding that incidents within the anchorage area have predominantly been limited to suspicious approaches and boarding’s for the purposes of petty theft.

The waters off Cotonou and neighbouring Lomé have witnessed a number of more serious incidents involving the kidnap of crew at a distance of between 40 – 150nm.