Lagos — The upstream sector accounted for the bulk of mergers and acquisitions (M&A) in the global oil and gas industry in 2019, generating some high-value transactions during the process. The acquisition of Anadarko Petroleum by Occidental Petroleum in April 2019 for a purchase consideration of US$57bn was the highlight of oil and gas M&A activity last year, says GlobalData, a leading data and analytics company.

The company’s theme report, ‘M&A in Oil and Gas – 2020’, analyses deal activity in the oil & gas industry in 2019 and identifies key trends emerging from these deals.

Ravindra Puranik, Oil & Gas Analyst at GlobalData, comments: “In 2019, the upstream sector, more specifically the US shale plays, witnessed the highest deal activity in the oil and gas industry. The leaseholds in Delaware and Midland Basins of Texas and New Mexico were among the most sought after assets in the US, largely due to their proximity to the refining and petrochemical complexes along the Gulf of Mexico. In fact, the vast acreage held by Anadarko Petroleum in the Permian Basin was the main reason be 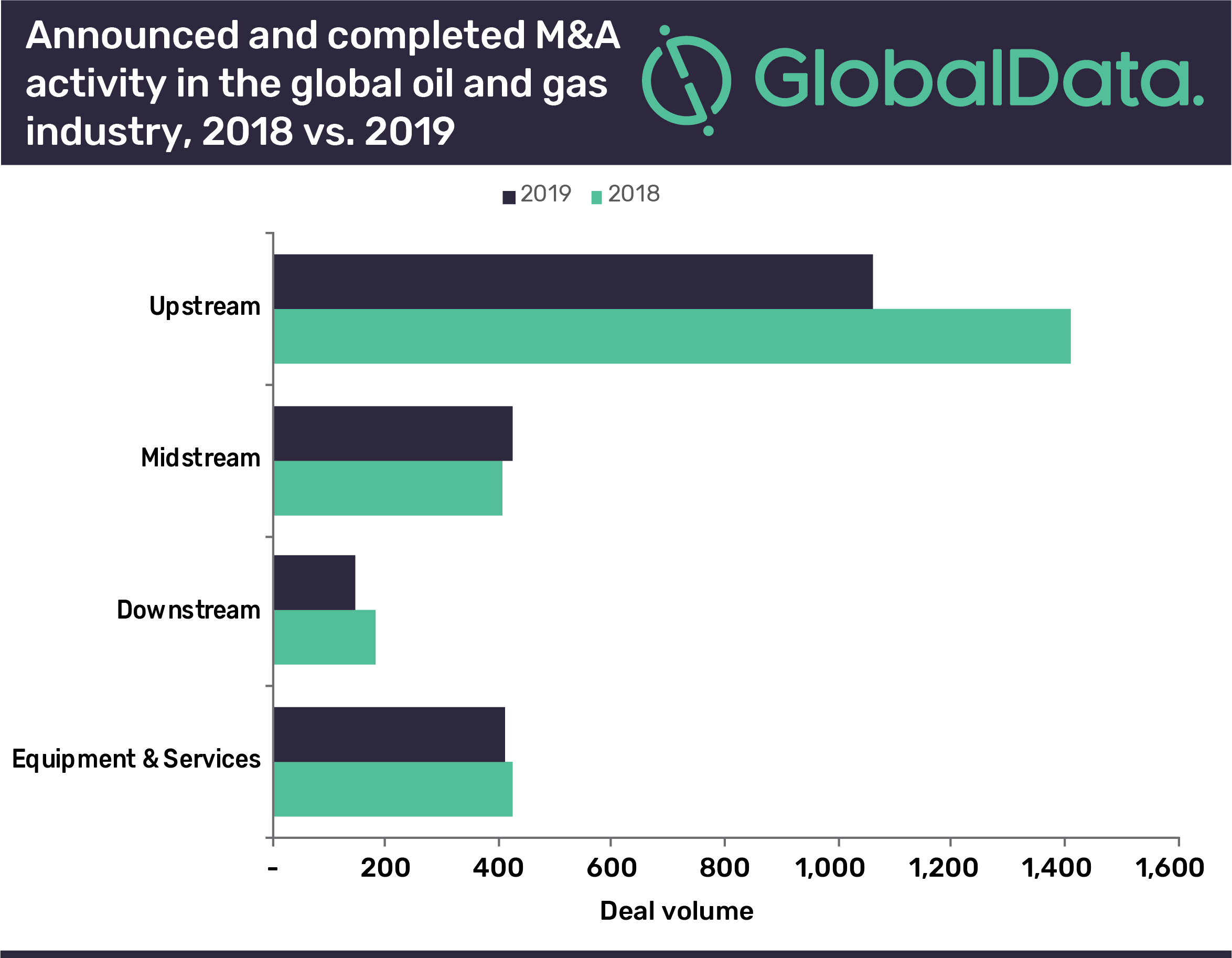 hind its acquisition by Occidental Petroleum to mark the biggest deal of last year. Oil and gas companies also acquired assets in the gas-rich Appalachia Basin as it serves key commercial centers on the US East Coast.”

The oil sands deposits of Alberta and Saskatchewan in Canada also featured in deal activity in 2019 as companies, especially the non-Canadian ones, divested their assets to Canadian operators amid infrastructure and environmental concerns. In one such transaction, US-based Devon Energy sold its oil sands assets to Canadian Natural Resources to focus on operations in the US.

Puranik adds: “Divestment was also the reason for deal activity in other regions, such as the North Sea, the Caspian Sea, and the Australian upstream sector as oil and gas multinationals embarked on portfolio optimization. This was led by ConocoPhillips and Chevron, while other companies, including BP, ExxonMobil, and Shell followed suit. More divestments are expected from oil majors in 2020 as oil and gas prices are anticipated to remain low in the near future.”

Puranik concludes: “Brazilian national oil company, Petrobras, divested its midstream assets to an international consortium for US$8.6bn. Under pressure from the government to reduce debt and cut down its monopoly on the country’s oil and gas industry, the company is also evaluating a proposal to trim its downstream business.”