Evergreen
Home featured US: Export of LNG from Shale continues to rise

US: Export of LNG from Shale continues to rise 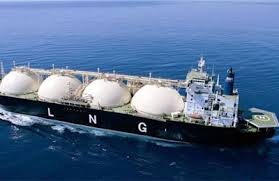 A record 22 cargoes were exported from Cheniere’s Sabine Pass facility in October, exceeding the previous record set in May with 18 exported cargoes, the US Energy Information Administration, EIA, confirmed in its latest weekly report.

Six LNG vessels with a carrying capacity of 22.4 billion cubic feet, Bcf, departed Sabine Pass in the week ending November 1. This compares to six cargoes totaling 21.4 Bcf dispatched from the facility during the week before.

The Clean Ocean LNG tanker departed Sabine Pass on Thursday while the Yari LNG tanker arrived at the facility on Thursday and was still docked at the plant by the time this article was published, the vessels’ AIS data showed.

There are four 0.6-Bcfd liquefaction trains operating at Sabine Pass and a fifth is under construction and expected to enter service in mid-2019.

With substantial completion of the fourth train at Sabine Pass, all trains at the facility have been running above the nameplate capacity for the past three weeks, EIA said.

Worth mentioning, Dominion Energy said recently it expects to start production in November at its 0.7-Bcfd Cove Point liquefaction terminal, the second US facility to ship LNG produced from shale gas.

The construction of the facility is almost complete with processes turned over for site commissioning and in the final phase of start-up, according to Dominion.