Lagos — The US is expected to account for the largest gas processing capacity addition projects by 2026, according to GlobalData. The leading data and analytics company notes that the US will account for 69% of the North America’s gas processing additions through new projects. 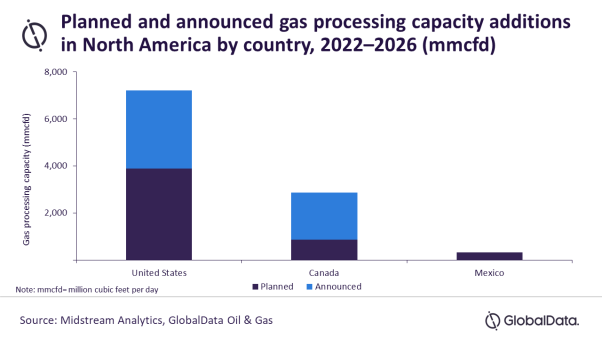 Teja Pappoppula, Oil and Gas Analyst at GlobalData, comments: “Smithburg II-VI is the largest upcoming gas processing plant in the country with a capacity of 1,000 mmcfd. This announced dehydration-type gas processing plant is expected to start operations in 2025 with Sherwood Midstream LLC being the operator.”

Pappoppula adds: “Mexico accounts for minor capacity additions in the region with 313 mmcfd by 2026. The planned Papan I and Papan II are the major upcoming gas processing plants in the country with a capacity of 150 mmcfd each and are slated to begin operations in 2022 and 2023 respectively. The plant has a crucial role to play by processing natural gas produced at the Ixachi field, which will be transported to demand centers in central and northern Mexico.