US oil output set for biggest ever leap 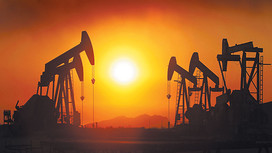 09 Jasnuary 2013, Newswire – US crude production is expected to rise by the largest amount on record in 2013 and is set to soar by almost a quarter over the next two years, the Energy Information Administration said on Tuesday.

The EIA, the independent statistical arm of the Department of Energy, said US crude production would grow by 900,000 barrels per day this year to 7.3 million bpd, Reuters reported.

The agency’s forecast in the monthly Short-Term Energy Outlook is 300,000 bpd higher than its estimate in December, according to the news wire.

The rapid increase underscores how improvements in horizontal drilling and hydraulic fracturing technology have transformed the US energy market in the last five years, allowing producers to flow oil from tight rock formations.

The latest forecast from the EIA is the first to include 2014.

If the agency’s projections prove accurate, US crude oil production will have risen by a massive 40% between 2011 and 2014. It will be almost 50% higher than at the beginning of the decade, bolstering the argument of those who say North America could be energy independent by the end of the decade.

Adam Sieminski, administrator of the EIA, said that as output in North Dakota’s Bakken formation and Texas’ Eagle Ford fields has risen sharply over the past 12 months, US producers were becoming even more prolific

“The learning curve in the Bakken and Eagle Ford fields, which is where the biggest part of this increase is coming from, has been pretty steep,” Sieminski said.

While he cautioned that the long-term outlook beyond 2020 suggested production from shale fields in the US may plateau, he said it was possible analysts were still underestimating the potential of US shale-oil output in the short-term.

The EIA said in the forecast that the rise in US output would contribute to a well supplied market over the next two years. The agency said that international Brent crude oil prices would fall slightly in 2013 to around $105 a barrel on average from just under $112 last year, before falling to $99 a barrel in 2014.

In 2014, developing countries are seen making up more than 50% of total global oil demand for the first time, surpassing the consumption of countries in the Organisation for Economic Co-operation and Development.

World oil supply is seen surpassing demand growth over the next two years, however, forcing Opec to curb production, the EIA said.

Non-Opec production is forecast to increase by 1.4 million bpd in 2013 and by 1.3 million bpd in 2014, the EIA said, though the agency warned there are “considerable risks” to the forecast due to the rapid pace of the evolution of the North American oil industry and geopolitical threats to supplies.

The EIA said Opec would continue to pump more than 30 million bpd to help meet demand, but said it would likely curtail production by about 600,000 bpd this year led by group kingpin Saudi Arabia, to help balance the market and support prices.