27 January 2015, News Wires – The Obama administration on Tuesday proposed allowing for the first time oil and gas exploration in a wide swath of US waters off the Atlantic Coast. 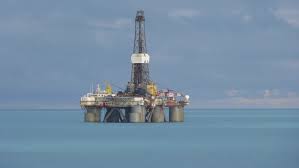 The 2017 to 2022 leasing plan begins a process that could take many years before waters off the coasts of Virginia, North Carolina, South Carolina or Georgia are cleared for drilling.

Interior Secretary Sally Jewell said the plan was “a balanced proposal” to make available oil and gas fields believed to be recoverable “while protecting areas that are simply too special to develop.”

It expands on the last five-year plan initially issued in 2010 that allowed drilling off Virginia. The administration canceled a lease sale there after the deadly Macondo explosion and oil spill in the Gulf of Mexico that year.

The plan includes a potential lease sale in the Atlantic around 2021 but it could be withdrawn if scientists discover that the area is too fragile.

“We need more information,” Jewell said about the energy potential of the Atlantic and whether drilling there would interfere with fishing, defense and development of wind power.

U.S. data on the Atlantic is 30 years old, she told reporters on a conference call.

The plan for the lease sale in the Atlantic includes a 50-mile (80 km) coastal buffer to protect those other uses.

In addition, President Barack Obama took parts of Alaska’s Beaufort and Chukchi Seas off limits from consideration of future oil and gas leasing to protect the areas for Native Americans hunting and fishing.

That came in addition to Obama’s call on Congress on Sunday to expand protection of Alaska’s Arctic wildlife refuge, including an area on the Coastal Plain believed to be rich in oil and gas.

The five-year plan did propose one lease sale each in the Chukchi and Beaufort seas and the Cook Inlet, as well as 10 lease sales in the Gulf of Mexico. But like the Atlantic sales, those could be canceled at a later date.

Senator Lisa Murkowski, an Alaska Republican and the chair of her chamber’s energy committee, slammed the five-year plan, saying the Obama administration is “determined to shut down oil and gas production in Alaska’s federal areas.”

Many environmentalists criticised the opening of the Atlantic, saying an oil spill could wreck coasts of states such as Delaware and Maryland that oppose drilling.