US rig count jumps by 30 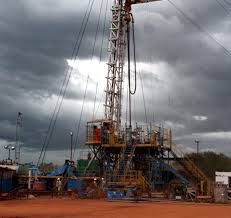 28 April 2014, News Wires – The number of oil and gas rigs drilling in the US jumped by 30 this week to a total of 1861, according to data from Houston-based oilfield services giant Baker Hughes.

Oil-directed rigs accounted for the bulk of the big gain with an additional 24 units getting to work for a total of 1534. That is 153 more than a year ago.

Gas rigs, which have been trending down and are off by 43 on the year, also gained, bumping up by seven units for a total of 323.

The Permian basin in West Texas and New Mexico continued its strong year, adding just two rigs. That brought the weekly total to 542, up 71 from a year ago.

The biggest jump among shale regions was in the Marcellus, which added six rigs for a total of 87.

The gassy Haynesville shale also added rigs, two of them, to total 47.

The Utica lost a rig for a total of 36, as did its home state of Ohio, which tallied 35 total rigs. That was the only state to lose a rig.

All other states gained rigs, aside from Alaska, Arkansas and Utah, which were all flat.

Oklahoma had a strong week with five additional units for a total of 192. West Virginia gained four for 27.

The Gulf of Mexico added a pair of rigs for a total of 53, six more than a year ago.