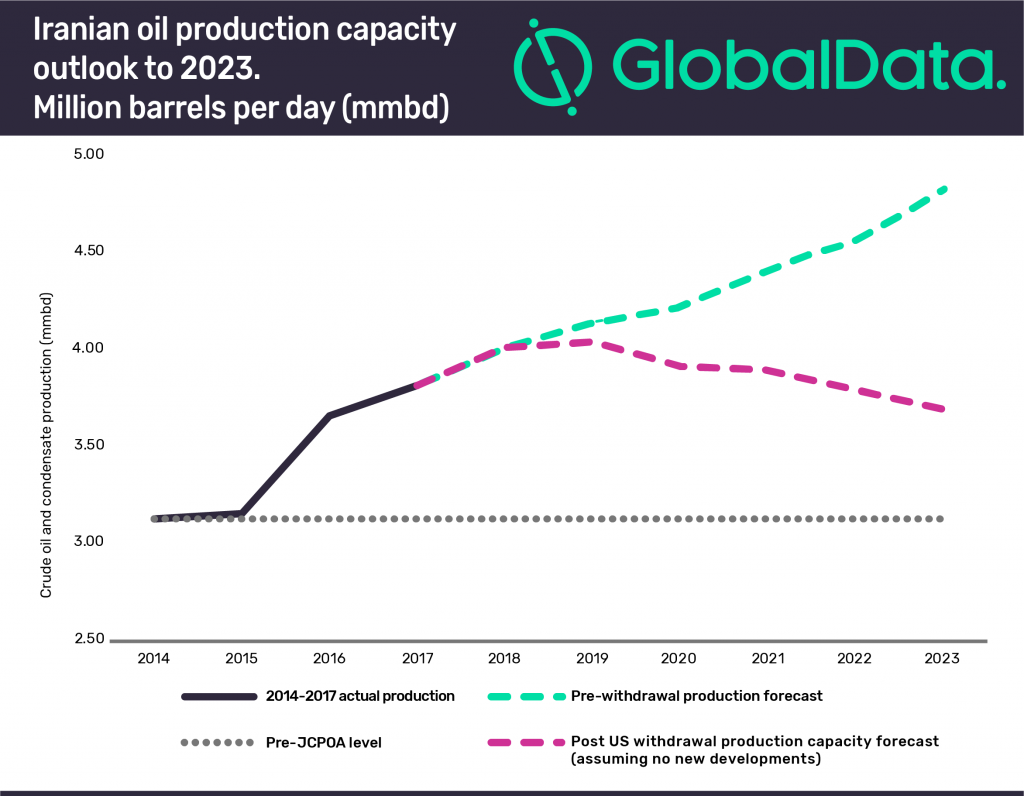 13 May 2018, Sweetcrude, Houston, Texas — Following the news that the US government will withdraw from the nuclear accord with Iran or Joint Comprehensive Plan of Action (JCPOA) and re-impose sanctions on the country,

Will Scargill, Senior Fiscal Analyst for Oil & Gas at GlobalData, a leading data and analytics company, considers the impact that this could have on Iranian oil production,

”Finding new investment to fund crude oil development projects in Iran has been a challenge and the imposition of new US sanctions is likely to cut demand for Iranian crude, thereby limiting the market for production from new developments.

”Iranian crude oil production increased quickly after the removal of sanctions in 2016 and several ongoing projects are set to bring new production on stream in the near future. This means that output capacity could still exceed the pre-JCPOA level by around 20-30% over the next five years even without new developments.

“However, even though unilateral US export sanctions may not impose as significant an impact on the market for Iranian crude as previously, even a moderate impact will likely require cuts to existing production.

“Russian and Chinese firms, in particular, may still be willing to invest in Iran, but if sanctions result in excess capacity at existing fields, there will be a little economic rationale to support new developments.’’