Lagos — Abundant shale gas production in the US has enabled the country to export natural gas as liquefied natural gas (LNG) to global markets. This has supported the country in signing the highest volume of global long-term LNG export contracts in 2019, accounting for around a 67% share, according to GlobalData, a lea 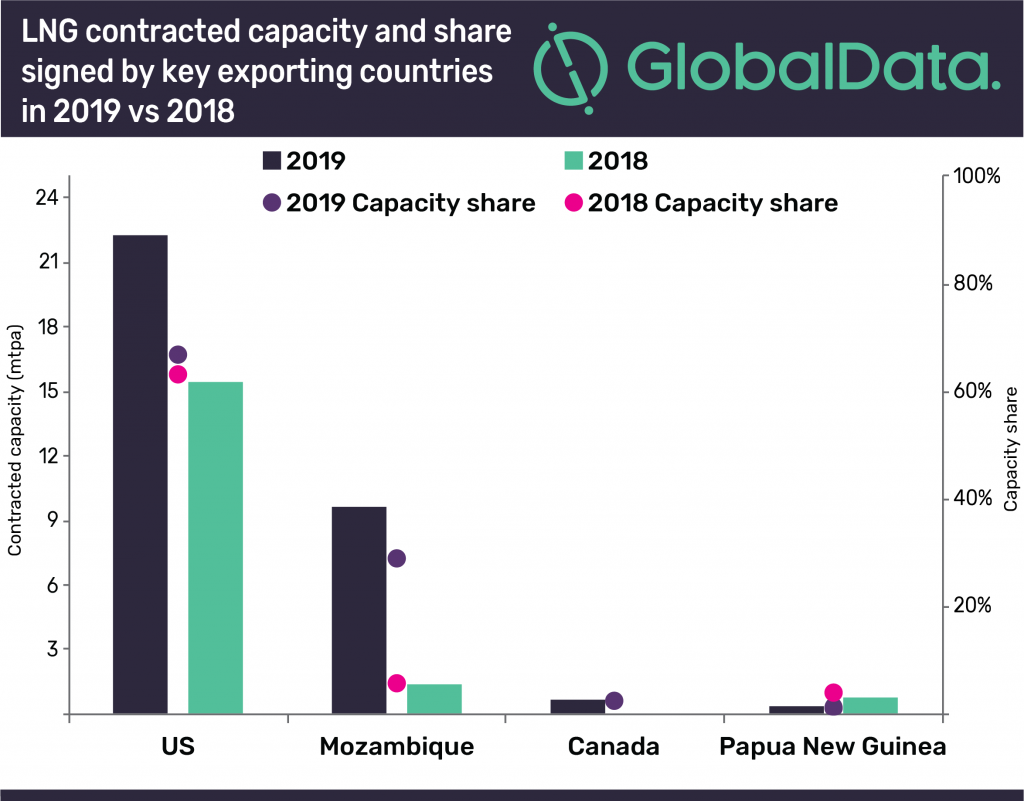 The company’s report, ‘Global Long-Term LNG Contracts Review, 2019 – Golden Pass Signs High Volume Contract with Ocean LNG’, reveals that the US has signed five long-term contracts in 2019 for the export of 22.3 million tonnes per annum (mtpa) of LNG. Of these, the contract signed between Golden Pass Products and Ocean LNG Limited had the highest export volumes with 15.6mtpa. LNG will be supplied from the Golden Pass II LNG liquefaction terminal in Texas for 20 years from 2024 to 2044.

Dutta concludes: “Canada and Papua New Guinea account for the remaining long-term LNG contract volumes signed for 2019. Both countries have signed contracts for export of 0.8mtpa and 0.5mtpa of LNG, respectively.”