Lagos — A University don, Professor Samuel Odewunmi, Dean, School of Transport at the Lagos State University, has lampooned both the State and Federal governments for their inability to tackle the high level of corruption currently being experienced at the ports across the country. 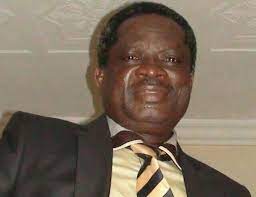 Speaking on a television programme monitored in Lagos, Odewunmi noted that corruption is proudly walking with high heels at the ports, particularly the Lagos ports.

He noted the traffic gridlock and the extortion along the port corridor was one of the campaign promises that the Lagos State Governor has failed to deliver.

He stated, “Anybody living in that axis and has flesh and blood and you think of waste, you cannot but lament the agony people go through every day.”

Odewunmi lamented the inability of the immediate past Transport Minister, Mr. Rotimi Amaechi, who was able to clear the gridlock when the President visited the ports a few months back, to sustain the positive action.

He quoted the minister as saying that clearing the gridlock was doable meaning that there must be something sinister about the gridlock that breeds extortion and other sharp practices.

He stated: “We are spending a lot of money exhuming dead issues on corruption and here we are seeing corruption doing catwalk, naked with high heels between Mile-2 and Apapa ports.

“There are fake Electronic Call-up tickets being used at the ports and this is with the conspiracy with people at the gate as they allow the holders of these fake call-up tickets to go into the port.

“There are people with a genuine call-up tickets who sell their tickets to other truck drivers and the people generating these tickets cannot be exonerated.

“After Total, they have Leventis where another N5,000 is collected until the truck drivers get the main gate of the port.

“There is no need for any investigation, there are camera recordings and the money that people take home on a daily basis is so huge that the criminals can frustrate anybody.

“Nobody can tell anybody is fighting corruption when corruption is alive and well.

“It will take the collaboration of both the State and Federal governments to tackle the menace of extortion at the ports.”