23 March 2015, News Wires – Venezuela will seek to reduce a $46 million compensation claim it has been ordered to pay to oil service company Tidewater in a case stemming from the 2009 seizure of vessels, its oil minister said in an interview published on Thursday. 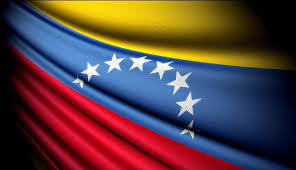 The award, which was ordered by the World Bank’s International Center for Settlement of Investment Disputes (ICSID), included $44 million in owed invoices.

“We will pay what we have to pay, although there is always the possibility of an appeal,” Oil Minister Asdrubal Chavez told state media. “We are going to continue working because this is an amount that we can still reduce.”

Tidewater did not immediately respond to a request for comment.

The government of late socialist leader Hugo Chavez seized 11 Tidewater ships in 2009 after signing a law to nationalize them, according to Tidewater.

The lawyer representing Venezuela said the award was significantly lower than what Tidewater had claimed because ICSID recognized the legality of the nationalization.

The cash-strapped South American OPEC country has sought revisions or annulments of several cases amid a tumble in oil prices and a severe recession.