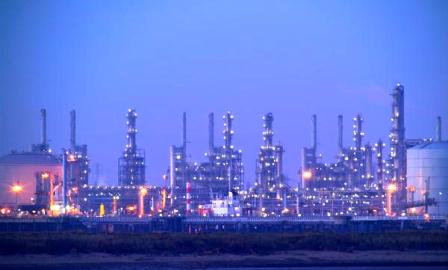 CARACAS — The Amuay and Cardon refineries at Venezuela’s 955,000 barrel-per-day capacity Paraguana Refining Center were resuming some operations this week after a blackout, workers familiar with the situation said.

Already operating below a third of capacity, both refineries at the OPEC nation’s largest complex went fully down after a lightning storm knocked out power last month.

But Amuay’s distillation unit No. 2 was back up to process about 40,000 bpd of crude, while workers were also trying to restart the catalytic cracker to produce motor fuel, employees at the facility told Reuters.

At neighboring Cardon, a crude distillation unit, a vacuum unit and a coker resumed operations, two workers there said.

It was unclear what output levels were at either refinery.

State oil company PDVSA, which operates the refineries, did not respond to a request for information. But the company earlier this week said Venezuela’s smallest refinery, El Palito, also restarted a crude unit after repairs.

Very low refining levels in Venezuela have forced PDVSA to increasingly rely on costly fuel imports to satisfy the nation’s demand for gasoline, diesel, liquefied petroleum gas and other fuel. A portion of what PDVSA imports is later re-shipped to Cuba, which is facing acute fuel shortages.

PDVSA’s imports are typically done through swaps, so it pays for the fuel by delivering Venezuelan crude to companies including Spain’s Repsol and Russia’s Rosneft, according to internal company documents.